Rangers goalkeeper Robby McCrorie has explained that he felt ready for his unexpected debut against Alashkert as he had been preparing for it since his first day with the Gers.

McCrorie was handed his Rangers debut in the side’s crucial Europa League qualifier match against Alaskhert last month after Allan McGregor and Jon McLaughlin were forced to self-isolate.

In the absence of McGregor and McLaughlin, the 23-year-old went on to keep a clean sheet and help Steven Gerrard’s side win the tie and earn a place in the Europa League proper. 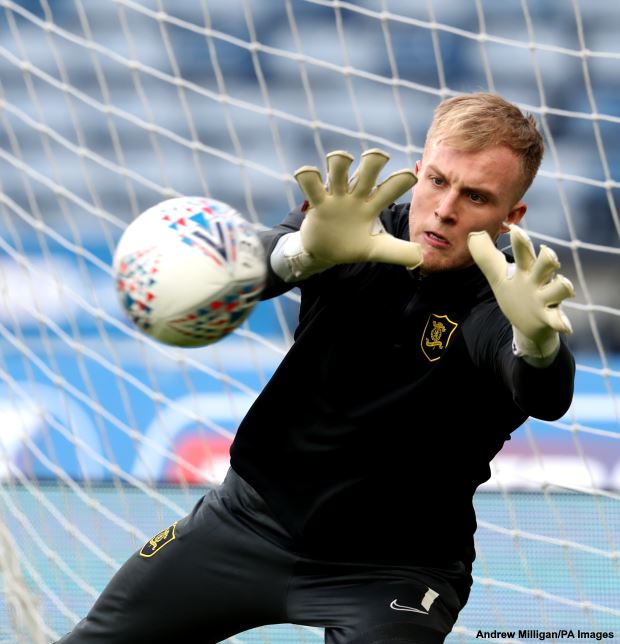 Looking back at his debut for Rangers, McCrorie has explained that he felt ready for the occasion despite it coming unexpectedly as he had been preparing for it since his first day at the club.

The goalkeeper is clear that he felt confident in himself despite the debut coming out of nowhere and also pointed out how playing with top players helped him on the night.

“To be honest, it is not something I just started preparing for that week“, McCrorie told Rangers TV.

“It is something that I have prepared since the day I probably first came into the club.

“But, I felt ready for it, to be honest, and I was confident in myself.

“So, to be honest, there was nothing that I was worried about because they have done this week in week out.“

After helping Rangers beat Alashkert in the Europa League, McCrorie went on to make his Scottish Premiership debut for Rangers against Celtic three days later and helped his side to a 1-0 win.