Former Rangers star Alex Rae has revealed that having his contract run down affected him on and off the pitch during his playing days and suggested that could be the reason behind Connor Goldson’s poor form.

Goldson played a key role as Rangers won the Scottish Premiership title last season, but has come in for criticism for his poor performances this time around.

The 28-year-old has come under the spotlight again after he got exposed by a long ball against Dundee that eventually saw the Dens Park outfit earn a penalty on Saturday. 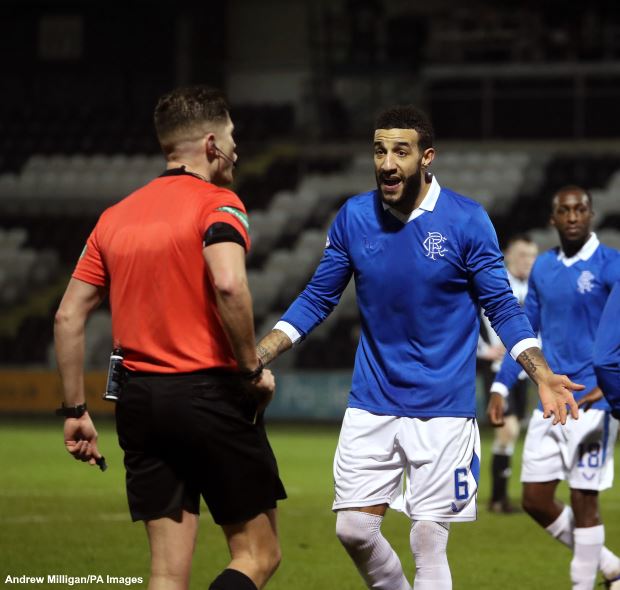 Reflecting on Goldson’s performance against Dundee, former Rangers star Rae admitted that looked sloppy at times and got caught out.

Addressing Goldson’s poor form, Rae revealed that having his contract run down affected him on and off the pitch during his playing days and suggested that the same could be the case with the defender.

“In the main, I thought he did okay, he tried to play a couple of times in the first half and was a bit sloppy, allowed Dundee to get momentum“, Rae said on Clyde 1’s Superscoreboard.

“[There was a] big diagonal over the top of him, he got exposed, he got caught on the wrong side.

“[Paul] McMullan, who for me was excellent on the day, I thought he worked ever so hard, he manages to buy that penalty and it was a correct decision by Bobby Madden, but then you have that penalty save.

“Whether this [the contract situation] is affecting his performances or not is difficult to say.

“I can only talk from my own experiences when I was kind of coming towards the end of my contract.

“It only happened once in my whole career and it most certainly affected me on and off the park.

“Whether it has a bearing on Connor Goldson, it is hard to say.

“But, what I will say, collectively the backline are passing up more opportunities than they were last year.“

Goldson has a contract with Rangers running out at the end of the season and it remains to be seen if he will commit his future to the Scottish champions.