Aberdeen legend Willie Miller has urged the Dons to turn their poor run of form around against Celtic as he feels the Hoops have not been this vulnerable since Ronny Deila’s time with the club.

The Pittodrie outfit will be looking to bounce back from their five-game winless run in the Scottish Premiership when they host a struggling Celtic side this weekend.

Looking ahead to Aberdeen’s home match against Celtic, Miller explained that the Dons have the opportunity to put things right and give their fans hope. 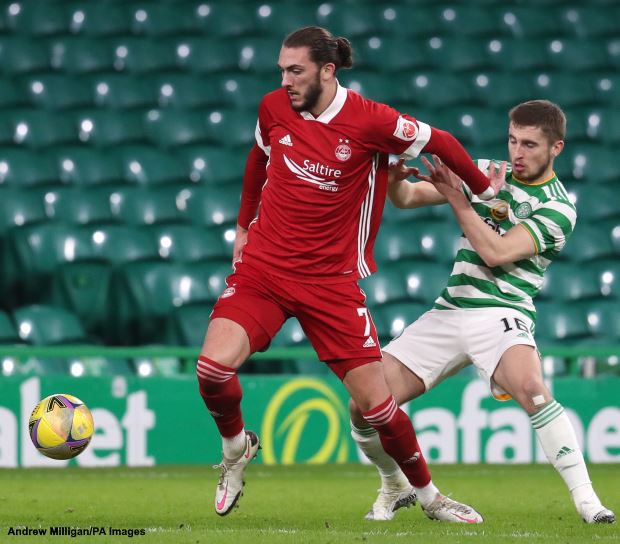 Miller insisted that Celtic have not looked so vulnerable since Deila’s time in charge of the club and urged his former employers to take advantage of their frailties on Sunday.

The Aberdeen legend pointed out how the Hoops are struggling both defensively and in attack, while also not being able to name a strong bench and explained that beating them would be a springboard for the season for the Dons.

“There is a lot of noise, understandably, following the disappointing run of results which continued with a 3-2 loss at St Mirren“, Miller wrote in his Evening Express column.

“The only way to put that right and give supporters hope it is still going to be a good season is by winning points from the top teams.

“That can begin at Pittodrie on Sunday against a Celtic team who are looking vulnerable and frail.

“Celtic are even struggling for a strong bench, which is incredible considering the resources the Parkhead club have.

“Not since the management of Ronny Deila have Celtic been this vulnerable, as they are struggling to score and also keep the ball out of the back of the net.

“This is an opportunity for Aberdeen to take advantage.

“Beating Celtic could be a springboard for the season as it would jump the Dons above the Parkhead side in the Premiership, up into the top six and closer to the teams near the upper end of the table.

“A victory on Sunday would lift everybody.“