Club Brugge starlet Charles De Ketelaere has revealed Manchester City star Kevin De Bruyne is one player he greatly admires and stressed he tries to add bits from his game by watching him on YouTube.

The 20-year-old is among Belgium’s brightest prospects and has already featured once for the national team, a squad led by the likes of Manchester City’s De Bruyne.

De Ketelaere was part of the Red Devils camp during the last international break, but is yet to share the pitch with De Bruyne. 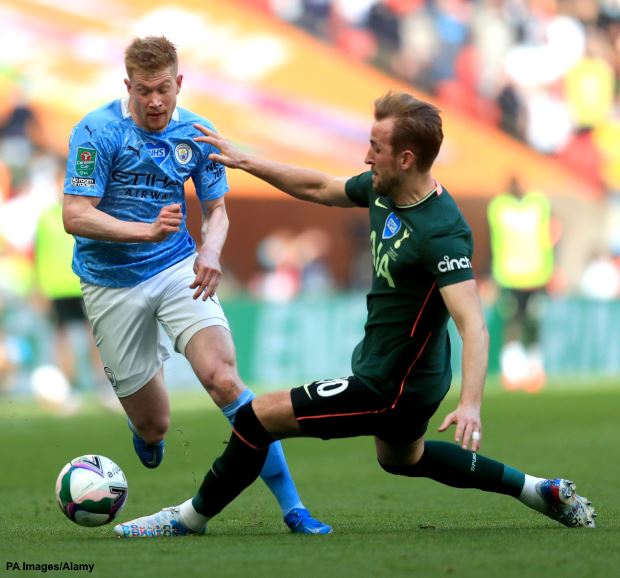 The Blauw-Zwart starlet revealed he looks up to the Manchester City man and stressed his admiration for him goes beyond rivalries as he was a fan of him even during his spell at rival Belgian outfit Genk.

“From when he was still with Genk, I was a Club fan, but I also admired a great player like De Bruyne, that was above the rivalry”, De Ketelaere told Belgian daily Het Nieuwsblad.

“I could even appreciate Anderlecht players.

“You also have supporters who hate every Anderlecht player, but I don’t understand that.

De Ketelaere revealed that he is yet to train with De Bruyne in the Belgium national team set-up, but stressed he watches highlights of him on YouTube and try to take bits from his game.

“I have not yet been able to train with him with the national team, but on YouTube I sometimes watch compilations with his best highlights, recently one with a hundred assists.

“No, I cannot [replicate those things in training].”

The Club Brugge starlet insists the technique with which De Bruyne crosses the ball behind the opposition defence is insane and added he would also like to have his ability to score with shots from range.

“I am especially jealous of the crosses he swings behind the defence.

“It seems so easy on TV, but those are insane.

“I would also like to have his long shot.”