Without A Doubt – PSG Star Gunning For Revenge Against Manchester City

Paris Saint-Germain star Leandro Parades has insisted his team are looking to exact revenge on Manchester City in their upcoming Champions League clash after being knocked out by them in the semi-final stage last season.

The Parc des Princes is set to witness two of the biggest names in European football lock horns under the floodlights on Tuesday night as a star-studded PSG host an in-form Manchester City in the Champions League.

Both teams clashed in the semi-final stage of the continental competition last season which saw Pep Guardiola’s side knock out Les Parisiens with a 4-1 aggregate win across two legs. 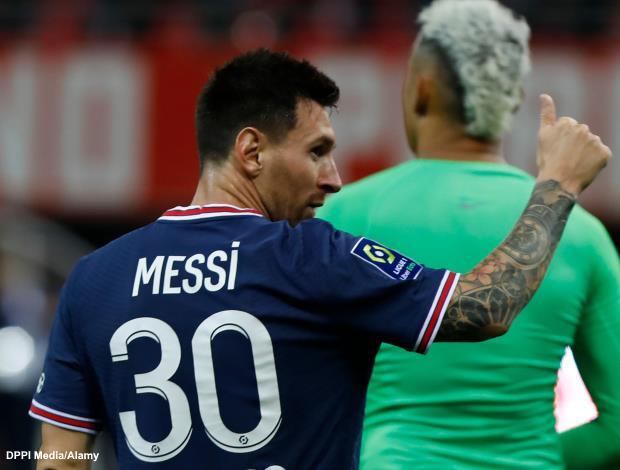 PSG star Paredes is geared up for the Manchester City clash and made it clear his team are looking to get revenge for last season’s losses.

Asked whether there is any feeling of wanting to exact revenge on Manchester City after being knocked out by them last season, Parades told PSG’s official site: “Without a doubt.

“As was the case last year against Bayern [Munich], who’d beaten us in the final a few months earlier and who we then had to play in the quarter-finals.

“We want to make amends.”

Parades vowed he and his team-mates are willing to do everything they can to ensure that the results go their way against the Citizens on Tuesday night.

“We’re going to come up against a very good side [in Manchester City] that knocked us out last season.

“It hurt us a lot, because we played well in the first half of both games.

“I think we played well, but we got knocked out.

“We’ll do everything we can [on Tuesday] to ensure the result goes our way this time.”

Manchester City opened their Champions League campaign with a 6-3 hammering of RB Leipzig and will be looking for their second win on the trot while PSG were held to a 1-1 draw by Belgian side Club Brugge in their first European game of the season.