Some Liverpool fans have taken to social media to express their thoughts on claims that Alex Oxlade-Chamberlain is considering a move away from Anfield, with several suggesting that he should be sold to Newcastle United.

Oxlade-Chamberlain has been on Liverpool’s books since joining from Arsenal in 2017, but has struggled to establish himself as a regular starter for the side, with injuries adding to his woes.

It has emerged that the 28-year-old is considering a move away from Anfield amid concerns about his playing time at the club and some Liverpool fans would, it appears, be glad to see him go, with banking cash from Newcastle appealing to many. 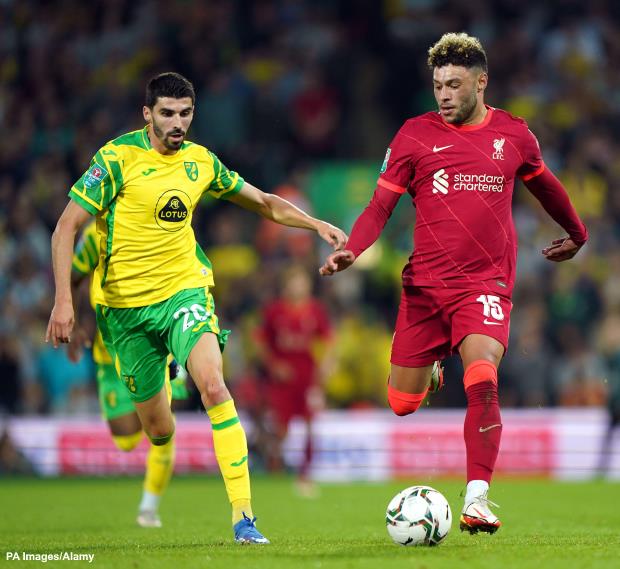 Seyjith is among the Liverpool fans who are happy to see Oxlade-Chamberlain depart the club and suggested that the Reds should sell him to Newcastle, who have become the richest club in the top flight following their acquisition last week.

Garvit feels Newcastle are the obvious choice for Oxlade-Chamberlain if he is to leave Liverpool and Brian quipped that he welcomes the Magpies to start bidding for the midfielder at £50m, while Zain is of the view that a move to Tyneside could work for the player as his partner is from the area.

Aled insisted that Oxlade-Chamberlain has been bang average for Liverpool, while Gabi questioned what does the Englishman offer to the team other than being funny in YouTube videos.

Not all Liverpool fans are keen to see Oxlade-Chamberlain depart though, with Walk Breathe explaining that he would love to see the midfielder becoming a world class player.

Dan pointed out that the former Arsenal star has been unlucky with injuries, while a Liverpool fan that goes by the username Natural Red feels he still has so much to offer.

BigBobz hailed Oxlade-Chamberlain as a massive asset for Liverpool and opined that he is respected by the younger players in the squad like Jordan Henderson and James Milner are.

While many Liverpool fans are divided on whether to sell or keep Oxlade-Chamberlain, Kalema is of the view that a loan move to West Ham would be valuable for the player.

Let’s sell him for a good price to Newcastle then. 😅

Lol big potential and goals, so where have they been then?? Truth is he’s bang average

I think we would all love Ox 🐂 to be a world class player, amongst the first picked every week, but he is not playing that way (and hasn’t done so consistently in recent years). Here’s hoping he CAN be that player! @LFC_Australia

Still think he has so much more to offer

To much time with injuries, i feel for the guy had decision to make.
He is watching the new young talent come through and thinking of his future.
He is a massive asset to us with experience and like Hendo and Milly the younger players respect him.
If he goes all the best to him.

Loan to Westham would be very valuable.