Some Leeds United fans have taken to social media to express their thoughts on Archie Gray after Whites director of football Victor Orta spoke highly of the 15-year-old.

Despite being just 15 years old, Gray turned out for Leeds Under-21s in their EFL Trophy clash with Tranmere Rovers in September and appeared in the Under-23s Premier League 2 match with Leicester City this month.

Having caught the eye of many, the teenager has now become the topic of discussion among Leeds fans after Whites director of football Orta tipped him for great things in the future. 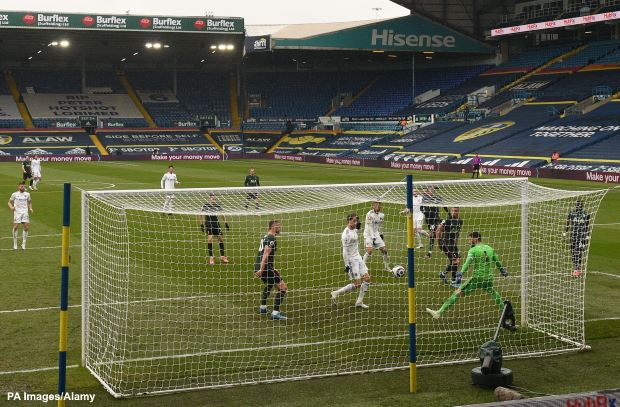 Joe is of the view that Gray has the potential to become a world class player and feels he will be part of debates like Phil Foden, Mason Greenwood and Bukayo Saka are now in a few years’ time.

FocusOnLeeds explained that Gray displays a high level of maturity despite being just 15 years old and feels it will give him the best chance to make it big as a footballer.

Mikey hailed Gray’s work to assist Amari Miller against Tranmere in the EFL Trophy last month and sublime and labelled him a player to watch out for.

Gray is the great-nephew of Leeds legend Eddie Gray and the son of former Whites star Andy Gray, and Paul is delighted that the 15-year-old is the latest of the Gray dynasty at Elland Road.

Paul remarked that it feels right that Eddie Gray’s great nephew is a generational talent and is looking forward to the teenager achieving his potential at Leeds.

LoveLeedsUnited is aware of the possibility of Gray being poached by another club, but is confident that it is unlikely to happen due to his family’s ties to the Whites.

Tewkesbury hailed Gray as a lovely player, but stressed the need for him to be kept away from the spotlight as he feels he needs to be allowed to play without any pressure.

Archie Gray has WC potiental.
When Leeds get European football in a few years time he’ll be the player we put forward into what’s now the Foden-Greenwood-Saka etc debate

What I will say though is he shows incredible maturity for a player who’s only 15 which will help him have the best chance. Take this example vs Sunderland from Sunday games, just takes it down and rides the pressure. pic.twitter.com/TY6BrtEYeX

Sublime, Archie gray one to watch

The future is Gray!
Archie Gray!
The next generation from the Gray dynasty at Leeds.
“He’s got Leeds in his blood!”
Marvellous!💛🤍💙https://t.co/vwk0lglqZz

It just feels right that Eddie Gray’s great nephew should be a generational talent. And it absolutely should be in a Leeds United shirt. https://t.co/vSk6EuWoZb

It’s still a possibility he can be poached but thankfully unlikely due to the strong family ties to Leeds. His younger brother supposed to be an even better prospect. I think Archie was with Man City before?

Agreed. At 15, just let him play, he doesn’t need a spotlight. Lovely player though 🙂