Some Rangers fans have taken to social media following their side’s 1-1 draw at Ibrox against Hearts in the Scottish Premiership, with concern about the Gers’ continuing inability to match last term’s form.

Rangers were looking to put in a commanding performance against second placed Hearts and took the lead in the 40th minute through John Lundstram.

The Gers were dominant, but failed to take their chances, with Kemar Roofe seeing a shot pushed on to the post, while Alfredo Morelos missed a golden opportunity to double the hosts’ advantage. 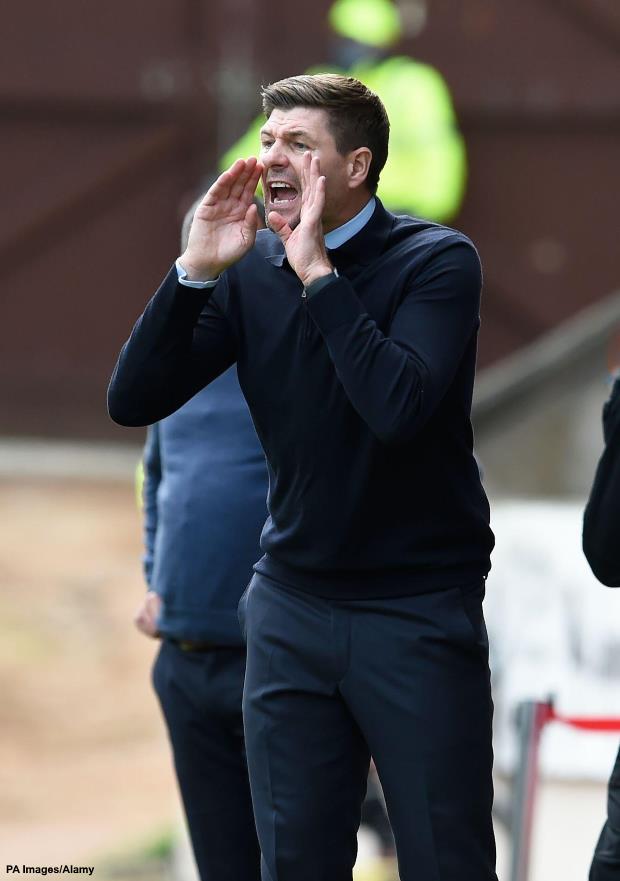 And Rangers were made to pay for not scoring again as Craig Halkett popped up at the death to head home and secure Hearts a point with a 1-1 draw.

The two points dropped means rivals Celtic have now closed to within four points of Rangers and Ben Armstrong Marshall feels there are two massive issues with the Gers, in that Jon McLaughlin is not starting and Morelos is missing chances.

Walshy insists that Rangers are still top of the league, but Ross Mitchell bemoaned two points being thrown away.

Chris Ferguson thinks the current side are a shell of the team last season and is of the view that something does not seem right.

However, Andrew Crawford feels the performance against Hearts was superb and the blame lies firmly with the strikers not putting their chances away.

2 masssive issues in that #RangersFC team right now. Allan McGregor & Morelos. I don’t care what anyone says McLaughlin is and should be our Number 1. Morelos has also been profligate in front of goal all season missing chance after chance. Another two points dropped. 😫😑

Can’t believe we have thrown away two points again despite numerous chances being missed. We have to be ruthless on Thursday. Nothing less will do. #WATP

A shell of the team we had last season, something doesn’t seem right at Ibrox here. So poor to not see a game out at home like that #RangersFC

Its going to be a hard fought season this year. We need the clinical finishing back that we had last season. For the big games especially. Today we could have been 3 or 4 up. Silly mistakes cost us today. We go again 🔴⚪️🔵 #RangersFC

Best I’ve seen us play all season – against the 2nd best team in the league. Can’t expect to go 90+ minutes without a defensive mistake. With 27 attempts and 10 on target blame has to lie with the attackers. Shocking misses from Alfie #RangersFC

This is what happens when you don’t take your chances. Another 2 points dropped in a game we dominated #RangersFC