A host of Sheffield Wednesday supporters have taken to social media in the wake of the Owls’ 1-1 draw away at Cambridge United in League One on Tuesday evening, with boss Darren Moore splitting opinion.

The Owls fell behind at Cambridge with 20 minutes on the clock, but had to wait until ten minutes from the end of the game to level despite dominating possession and enjoying 20 shots at the opposing goal.

Moore’s side have now drawn their last two League One games and are already nine points off league leaders Plymouth Argyle, despite playing just 13 games. 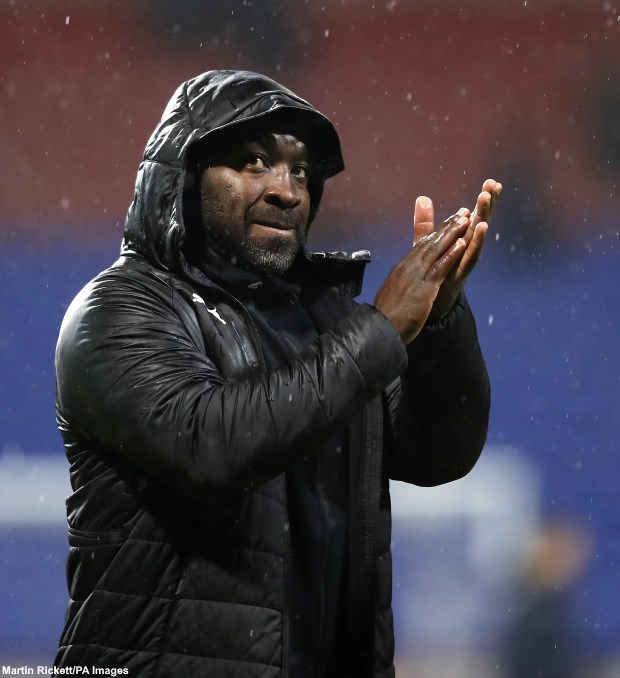 Fans are concerned about Sheffield Wednesday’s results and their inability to score goals, with just 14 registered across the 13 league games.

For Shane though, changing managers in the middle of a season is not something which often works and he insists Moore should be able to see out the campaign.

However, Nathan thinks that Sheffield Wednesday are not professional enough and are suffering from being a big scalp at League One level.

Josh feels Moore is a defensive manager, while Chris also thinks the Owls boss is too cautious given the attacking talent he can call upon.

Football is Life is of the view that Moore is getting more wrong than right with his decisions and Anthony thinks chopping and changing is hurting the side.

Dan though simply thinks that life under Moore is not working out for Sheffield Wednesday, who next face Lincoln City at Hillsborough.

Might be unpopular but changing managers very rarely works well for teams going for promotion. I’d give Moore the season, I thought that this morning and i think that now #swfc

We’re not professional enough. We need to lose the “big team” mentality. Every away game is like an FA cup game where the underdog comes out on top. We need to score early and stay professional but instead we just never seem up for it until the 80th minute. #swfc

Garbage for 75 minutes, threatening for 15. Where was that intensity in the 1st half? Palmer (MOM), FDB and Bannan decent. Same group of players being picked every week and mostly underperforming. Moore too cautious instead of properly using the firepower at his disposal. #SWFC

Nice to pick up a point from a losing position for the first time in a long while.

Pleased FDB has got a goal and is pushing for a place too.

But other than that it just confirms our concerns really. Too much chopping and changing, and an overall lack of confidence.#swfc

Discuss the reasons all you want, it’s simply not working under Moore. #swfc