Michael Ball is of the view that Alex Iwobi is getting all his basics wrong and is overthinking while on the pitch, which has resulted in him struggling to reach the levels expected of him at Everton.

Since arriving at Goodison Park from Arsenal in the summer of 2019, Iwobi has struggled to really impress in Everton colours.

The Nigerian had another underwhelming outing on Sunday as the Toffees fell to a 1-0 loss against West Ham United in the Premier League. 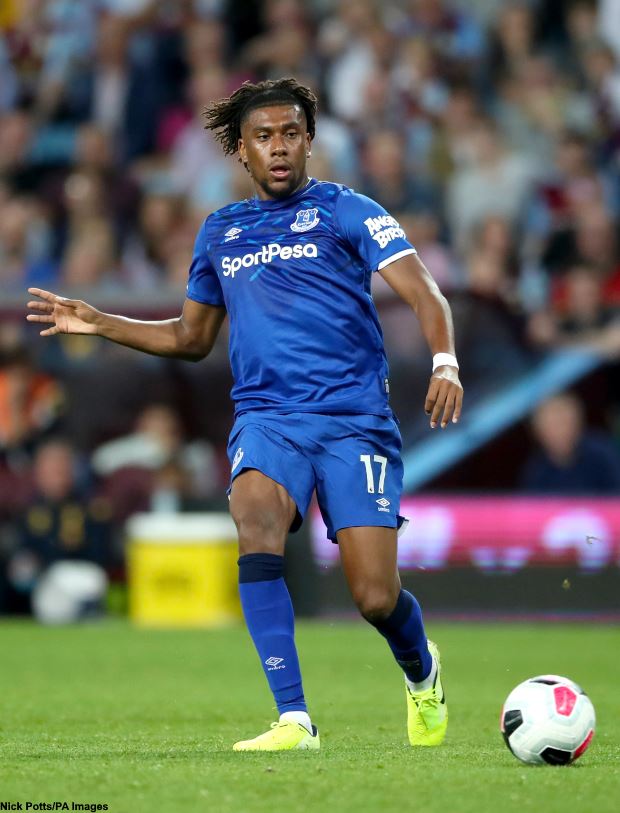 Ex-Everton star Ball feels that Iwobi is doing all the basics wrong on the pitch and is not conforming enough to Rafael Benitez’s tactical set-up.

“He plays well in League Cup games, does well in parts but for me, tactically, I don’t think he’s at it”, Ball wrote in his Liverpool Echo column.

“He just seems to do the basics all wrong.

“He’s got all the skills so he might stand out in training – that’s probably why he got the nod over [Anthony] Gordon – but on an eleven-a-side pitch in a full game, he seems to lack confidence doing the basics.”

Ball feels that Iwobi could be overthinking on the pitch as he might be too worried about executing Benitez’s instructions, preventing him from performing at the level expected of him.

“I think he’s too worried about what he’s been told by the manager and he’s overthinking things.

“He doesn’t seem to have a plan.

“Good footballers always have a plan before they receive the ball but I feel Iwobi thinks after he’s received it.

“His level since he’s been at the club has not been at it.

It remains to be seen what kind of a role Iwobi plays under Benitez as the season progresses having failed to impress in another Premier League outing.