Leeds United Under-23s boss Mark Jackson has explained that the Whites staff are working hard to help Kristoffer Klaesson adapt to life at Elland Road as quickly as possible.

The Yorkshire-based club acquired Klaesson’s services from Norwegian club Valerenga after Kiko Casilla moved to Elche on a season-long loan deal in the summer.

While he is yet to make his senior team debut for Leeds, the 20-year-old has been a regular for Jackson’s development side, having made nine appearances so far. 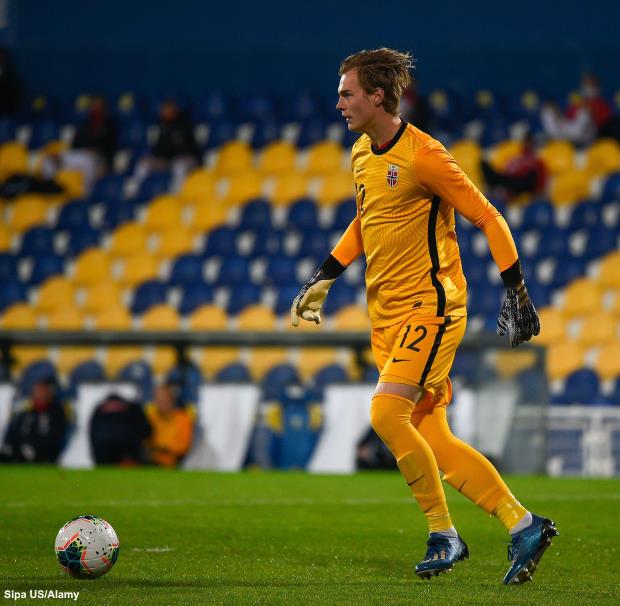 Providing an assessment on Klaesson’s time at Leeds so far, Jackson has stressed the need for him to be given time to settle at the club and explained that the staff are working hard to help him do that.

Jackson also hailed Klaesson for his contributions in Leeds Under-23s’ recent defeat to Everton and suggested that he has been delighted with what he has seen from the goalkeeper so far.

“Like any new player there’s a settling in period for them“, Jackson told the Yorkshire Evening Post.

“There’s an adaptation to the way we play, particularly for a goalkeeper coming into what could be new training methods.

“As with outfield players it’s a new way of playing and it’s the same with goalkeepers.

“He’s a player who the staff are working really hard with to help him adapt as quickly as possible.

“There was a great double save from him [against Everton] and the ball forward for Amari’s goal was a pass forward [not an aimless clearance].

“He saw it and we’re pleased for him in that respect but he won’t be happy conceding four goals and we’re not as a team.

“In regards to him settling in, he is slowly getting used to it and he’s coming along nicely.“

Having joined Leeds on a four-year contract in the summer, Klaesson will be hoping to make his senior debut for Marcelo Bielsa’s side soon.