Sunderland manager Lee Johnson has insisted that while Black Cats star Leon Dajaku is not the finished article, his work rate is admirable and can be a huge help for his side.

Dajaku is on loan at the Stadium of Light for the duration of the season from Bundesliga club Union Berlin and he has so far made five appearances for the Black Cats, though only one start in the league.

The forward has already netted two times for the Black Cats in his substitute appearances, most recently in the 4-0 thrashing of Crewe Alexandra in midweek. 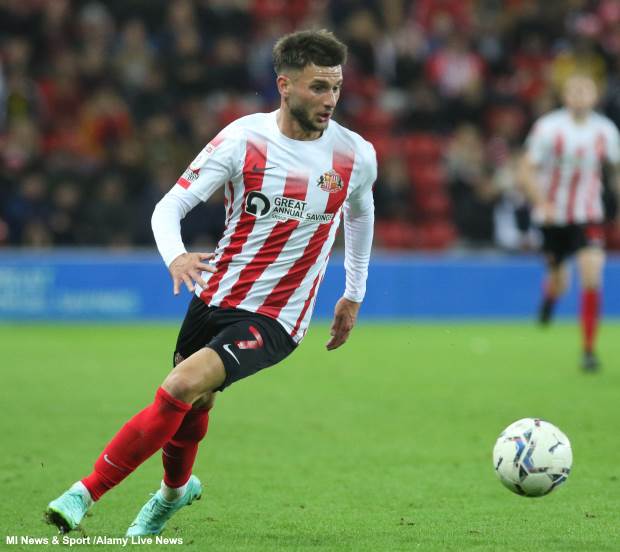 Johnson believes that Dajaku has so far only given a peek inside as to his abilities and explained that with the lack of pre-season it is only reasonable that the loan star has lagged a bit behind.

The Black Cats boss added that while there are improvements to be made to the forward’s game, like his play when facing away from goal, his enthusiasm and his vigour cannot be questioned.

“I think we’ve just barely scratched the surface with Leon”, Johnson said in a press conference.

“If you remember he didn’t have a pre-season at all in terms of games and he was quite a way behind the other players that had been with us throughout that period of pre-season for the first five or six games leading into the closing of the window.”

“So it’s been a little stop-start, I think he’s only had one start hasn’t he, which was Portsmouth away which we’ve already declared a bit of a write-off.

“That’s almost an impossible game to judge any player on.

“What we’ve seen is that the work ethic, the willingness to run in behind, to close down and the enthusiasm.

“We’ve obviously seen the technical abilities with the two finishes that he scored with his left foot.

“I think there’s improvements to make in his all-round game as far as the big picture, with his back to goal he can tidy up a little bit.

“But his energy, his enthusiasm and his undoubted skillset can be a real asset to the squad.”

Dajaku will be hoping that with a few more minutes under his belt he can become a regular starter for the Black Cats and thus develop more as a player in his loan spell while helping out his team in their promotion push.