Heerenveen coach Johnny Jansen has admitted that being brought off after just 14 minutes was tough for Manchester City loanee Filip Stevanovic to take, but he will explain his reasoning to the player.

After not being in the squad for Heerenveen’s prior three Eredivisie games, Stevanovic was brought into the starting line-up for the home clash against Vitesse on Saturday.

However, with Ibrahim Dresevic being sent off early on during the Eredivisie match, Jansen made the decision to bring off Stevanovic to shore up the defence. 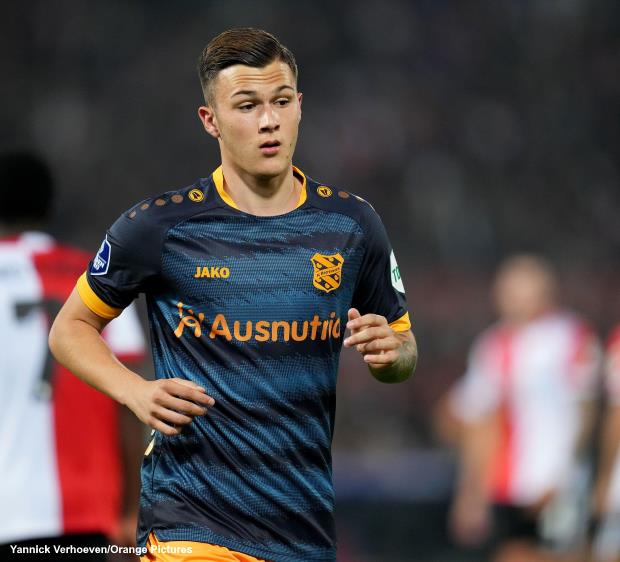 The Manchester City loanee was visibly disappointed to be brought off even before the 15-minute mark and Jansen acknowledges it was tough to take.

The Heerenveen boss insists that the player must deal with it though as it is part of the game.

“I can explain this substitution to Filip and we will certainly do that, but I think it is incredibly sad for him. I just don’t wish that on the boy”, Jansen told the Leeuwarder Courant.

“It sounds very business-like and harsh, but this is also part of life as a professional football player.

“Filip had a substitution in public after 15 minutes. He has to deal with it, no matter how annoying that moment was for him.”

Stevanovic, who has been deployed as a winger by Jansen, has clocked eight appearances for Heerenveen so far this season, hitting the back of the net once and providing a single assist for his team-mates.

Heerenveen currently sit in 12th spot in the Eredivisie and are next in action away at NEC Nijmegen.