Rangers legend Barry Ferguson has insisted that Steven Gerrard has left a solid base for the next manager to retain the league title at Ibrox this season.

Gerrard’s sudden decision to leave Rangers and join Aston Villa last week shocked many of the Ibrox faithful and there was anger at the way he decided to move on from the Glasgow giants in the middle of the season.

Rangers are now in advanced talks with Giovanni van Bronckhorst and are hoping to make his appointment official in the next few days. 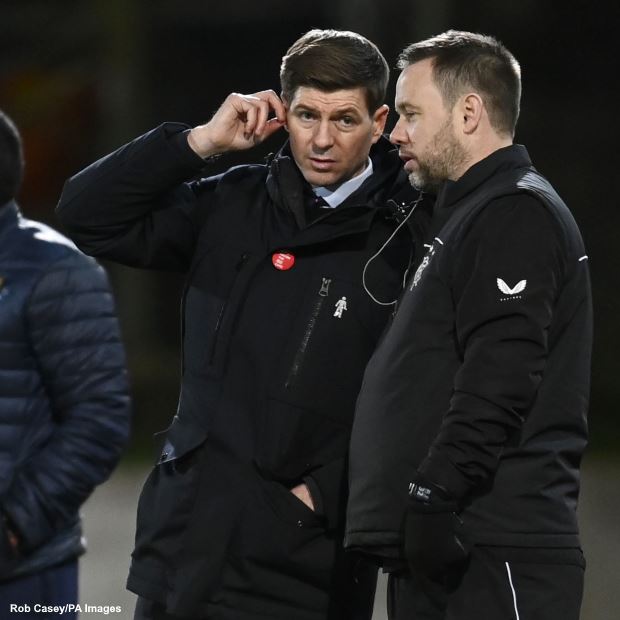 The Gers are sitting four points clear at the top of the league table and are the favourites to retain the title.

Ferguson stressed that Gerrard left a very strong Rangers behind him and there is every chance the new manager will come in and retain the league title.

He stressed the importance of winning the league this season as it will guarantee them Champions League group stage football and the resultant revenue in the 2022/23 campaign.

The Rangers legend said on the Go Radio Football Show: “I think Steven Gerrard has left Rangers in a good place.

“They are four points clear, they are still in a semi-final and they have still got a chance of staying in Europe.

“And for me, there is a real good squad with real good players and so it’s a great opportunity for a new Rangers manager to come in and go on and hopefully try and retain that trophy.

Rangers are determined to take their time to find a new manager as they look to make sure they bring the right man in.