Thomas Partey Hoping To Be Fit For Liverpool Game

Thomas Partey is hoping to be fit to be in the Arsenal team to face Liverpool at Anfield on Saturday evening, according to the London Evening Standard.

The midfielder missed Arsenal’s 1-0 win over Watford before the international break because of a tight groin.

Partey then did not link up with the Ghana squad during the break as well as he continued his recovery at Arsenal ahead of a massive set of Premier League fixtures for the club. 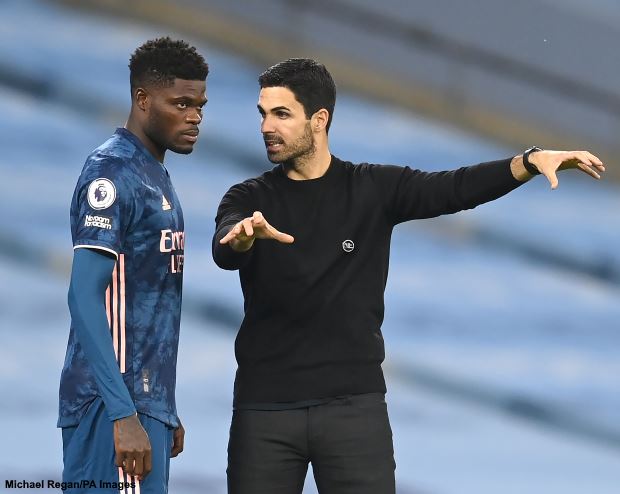 There is still no clarity over whether the midfielder has recovered enough to be in the team to face Liverpool on Saturday.

But it has been claimed that the player himself is hopeful that he will be able to make the trip to Anfield this weekend.

Arsenal are sweating over his fitness and are working to help him recover in time for the Liverpool clash.

He has struggled with injuries since he joined Arsenal last year but this season, he has been more of a regular feature of the team.

But his absence would leave Mikel Arteta with a selection dilemma in midfield as Granit Xhaka is also out injured at the moment.

He could stick with the midfield pairing of Sambi Lokonga and Ainsley Maitland-Niles, who featured in Arsenal’s win over Watford.

The Arsenal boss could also call upon the services of Mohamed Elneny who has been a bit-part player this season.