Tottenham Hotspur boss Antonio Conte has England and Everton shot-stopper Jordan Pickford in his sights as a potential successor to Hugo Lloris, according to the Daily Telegraph.

The Italian took over at Spurs earlier this month, replacing Nuno Espirito Santo after he was shown the exit door following a poor run of results.

Conte has been in the process of running the rule over of his new squad and the goalkeeping position is one area that has caught his attention. 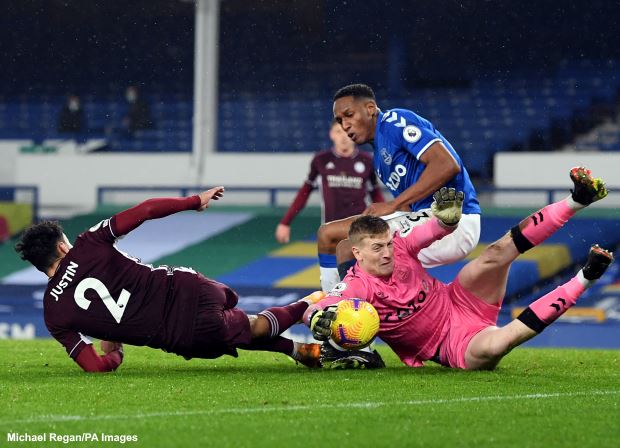 Spurs’ first choice Lloris is out of contract at the Tottenham Hotspur Stadium next summer and the Italian wants a British goalkeeper to succeed him.

And Conte has Everton man Pickford in his sights as a potential replacement for the French World Cup winner.

Conte is looking at bringing in a homegrown player to either challenge Lloris next season, if he remains at the club, or become his long-term replacement between the sticks.

England number 1 Pickford is among the candidates currently on Conte’s radar and Spurs could launch a swoop for him next summer.

Pickford’s current deal at Goodison Park runs through until the summer of 2024 and Everton are expected to ask significantly more than the £25m they paid Sunderland if potential suitors come knocking at the door for him, provided they are open to letting him go.