Everton loan star Niels Nkounkou has insisted that he cannot say whether the fans have seen the real him after putting in an eye-catching display against Eupen in his latest outing for Standard Liege.

The young left-back is currently plying his trade at Jupiler Pro League side Standard Liege on a season-long loan deal from Everton, as he gains valuable first team experience.

After a shaky start in Belgium, Nkounkou has slowly started to find his rhythm on the pitch and caught the eye with a solid performance against Eupen in a 1-0 league win at the weekend. 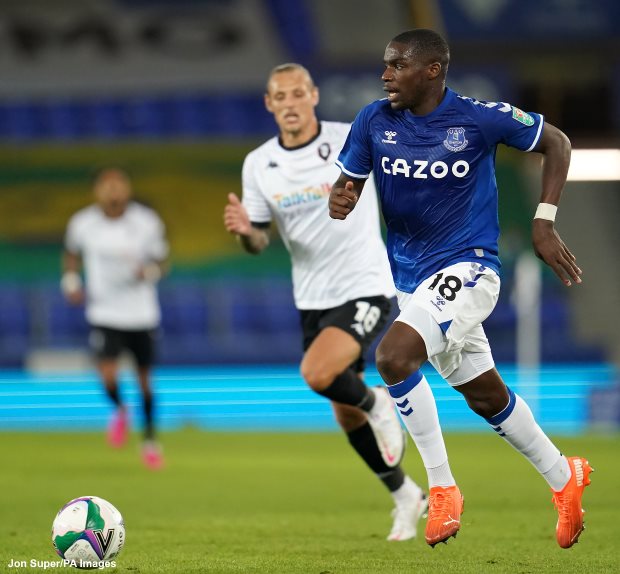 Nkounkou has revealed that he is focused on returning to Goodison Park as a stronger player although he initially struggled to adapt to the demands of the Belgian top flight.

“I take everything I can take”, Nkounkou was quoted as saying by Belgian daily L’Avenir.

“I am learning a lot to return to my club stronger.

“It was not easy to change leagues, there was a period of adaptation which is now over.”

Despite a stellar display against Eupen, the Everton loan star insisted that he cannot say whether the fans have seen the real Nkounkou yet, although he is hoping to push on further for the rest of the season.

“It has been a while since I put in a performance like the one on Saturday night.

“Physically, I am well and I hope to continue in this way.”

Nkounkou went on to stress that playing up high and helping out in attack is the way he likes to play football, which is also what his coach wants from him at Standard Liege.

“I spoke a lot with the coach before the game.

“He asked me to play very high and offer a lot more to the attack, like I did, [the way] I like to do it.