Liverpool midfielder Thiago Alcantara has insisted that his focus is on performing in the pitch and not on rumours around his future, amidst claims that he is open to a return to Barcelona.

The Brazilian has struggled to hit peak form at Liverpool since arriving at the club in the summer of 2020, with niggling injury issues forcing him on to the sidelines for multiple spells.

However, it has been claimed that new Barcelona boss Xavi is keen on having Thiago back at the Camp Nou and the midfielder is open to a return to his boyhood club. 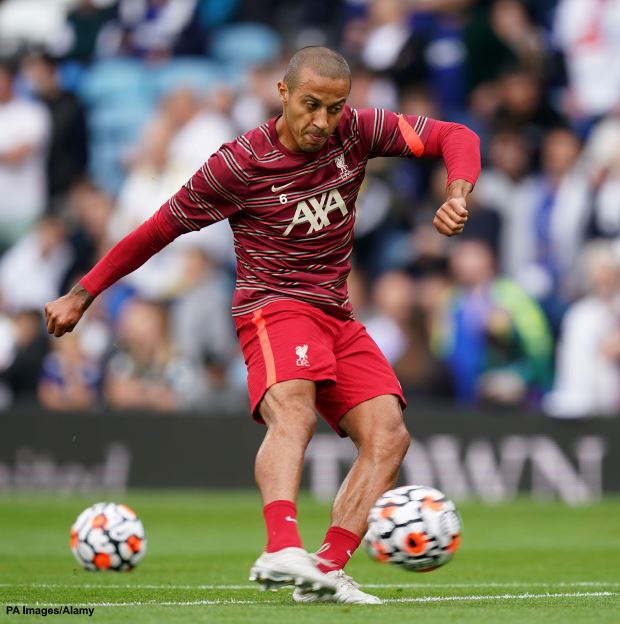 But the 30-year-old has played down transfer chatter linking him with an exit from Liverpool and insists his full focus is on performing on the pitch.

Thiago stressed that he respects his current contract at Anfield and wants to do his best in the Premier League while winning trophies with the Merseyside giants.

When asked about being linked with a move back to Barcelona, Thiago told a press conference: “I play football.

“I’m not concerned about rumours.

“I’m focused on the duty I have to my team, the contract I have and the new adventure I have here in the Premier League trying to win all the trophies I can.”

Thiago made his first start in Liverpool’s 4-0 thrashing of Arsenal at the weekend after returning from a calf injury and could be in the team again on Wednesday when they host FC Porto in the Champions League.