Osito Okolo, a member of Victor Osimhen’s entourage, has insisted that Napoli will remain the hitman’s home at present, amidst claims linking him with interest from Newcastle United.

The Nigerian has been in fine form for Napoli so far this season, scoring five goals and registering two assists in eleven Serie A outings.

Osimhen’s performances on the pitch has seen his stock rise across Europe and he has been credited with interest from Premier League outfit Newcastle, who have been financially revitalised by the arrival of new owners. 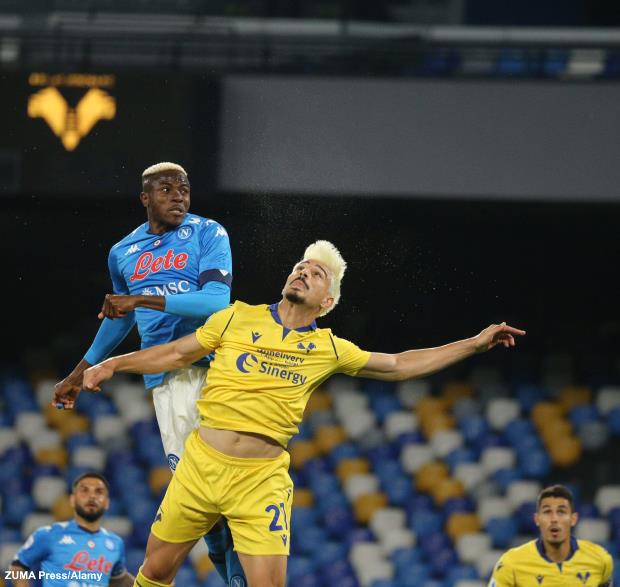 However, Okolo, a member of the hitman’s entourage, has insisted that Napoli, where he has cultivated a very good relationship with his coach, fans and team-mates, will remain his home for now amidst claims that Newcastle are interested in acquiring his services.

Osimhen is now set for an extended spell on the sidelines having undergone surgery on Tuesday after suffering facial fractures in Napoli 2-1 league loss to Inter on Sunday and Okolo stressed the striker’s current focus is on his recovery.

“Osimhen’s priority is to be well first of all, the rest now matters little.

“He was playing very well and had earned the appreciation of everyone.

“There is gratitude towards the coach, who is improving him to make him a top player.”

Osimhen is set to be out for three months and it remains to be seen whether the Magpies will make any concrete moves for him in upcoming transfer windows.