Leeds United star Patrick Bamford has revealed that Daniel James believes he should have scored more before he netted his first goal for the Whites last weekend.

James scored his first goal for Leeds in their 2-1 defeat at Tottenham and Bamford revealed that his team-mate was delighted to get off the mark for the club.

Bamford has been nursing an injury and has been forced to watch his team-mates from the sidelines. 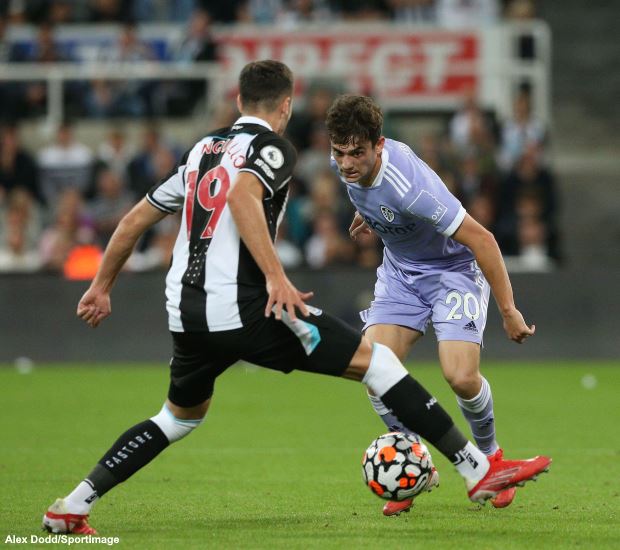 Bamford had a conversation with James after the game and says that the Welshman feels he should have netted a few more goals this season for Leeds before the Spurs fixture.

The Leeds striker stressed that the goal gave James more confidence and believes it was evident from the way he performed at Tottenham after getting his name on the scoresheet.

Bamford said on the Official Leeds United Podcast: “I went over to the box after him when he came up after the game and I was like, ‘is that a big weight off your shoulders?’ and he said, ‘yeah’.

“Obviously he was happy to score and he said that he should have scored a few more in the games before.

“He was really happy and you saw it in the game.

“After he scored, it was a boost of confidence and he was trying things and you could see what it did for him.”

The 24-year-old winger joined Leeds from Manchester United towards the end of the summer window and has made ten league appearances for the Whites thus far.