Chelsea Could Be Boosted In Federico Chiesa Chase

Chelsea target Federico Chiesa could leave Italian giants Juventus next summer if they fail to qualify for the Champions League this season.

A superb display in the summer’s European Championship winning run with Italy further raised Chiesa’s stock in the European football scene and he has been one of the key players for his club Juventus this season.

The winger has been credited with interest from the Premier League in the shape of Chelsea, who are claimed to be open to launching a big money swoop for him next summer. 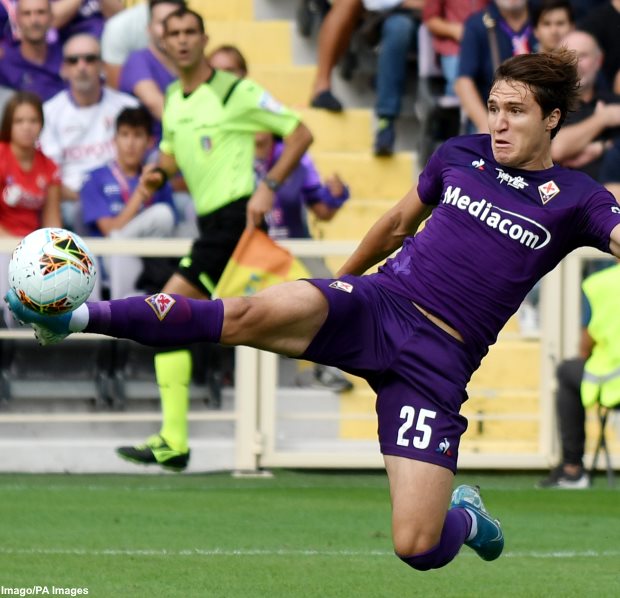 Chiesa is currently playing his second season of a two-year loan stint from Serie A rivals Fiorentina and Juventus have an obligation to buy him for £40m at the end of this season.

But according to Italian daily Gazzetta dello Sport, Chiesa could leave the Allianz Stadium next summer if Juventus fail to qualify for the Champions League.

The Bianconeri are currently seventh in the Italian top flight and are struggling to find their form under Massimiliano Allegri, who returned to the club after Andrea Pirlo was shown the exit door in the summer.

With only 21 points to their name from 14 Serie A outings, Juventus are seven points adrift of the top four at present and are in danger of missing out on European football altogether.

It remains to be seen whether Juventus will fail to qualify for the Champions League and Chelsea make concrete moves for Chiesa next summer.