Rangers defender Calvin Bassey insists that though it seems like goalkeeper Allan McGregor is always breathing down his neck, it is all valuable information and the veteran is like a coach on the pitch.

In spite of having to play out of position as a centre-back, the Leicester City academy graduate has impressed with his performances of late, in the process earning praise from newly-appointed manager Giovanni van Bronckhorst, who described him as someone “full of energy”.

The left-back on his part gives a lot of credit to goalkeeper McGregor, skipper James Tavernier, and fellow defenders Connor Goldson and Borna Barisic for helping him adapt to his new role as a central defender. 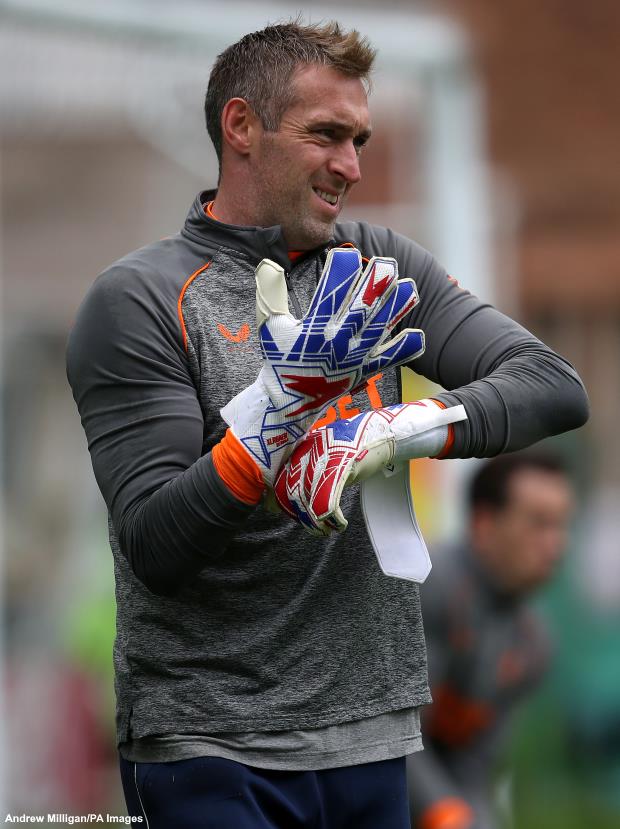 “It’s a different angle playing at centre-back”, Bassey said at a press conference.

“But I have experienced players around me with Greegsy, Tav, Connor and Borna so they have all helped me to improve and get better in that position.”

Bassey is of particular praise for goalkeeper McGregor, who he insists is almost like a coach out on the pitch, even though it looks like he is giving him a hard time.

“Greegsy is a wonderful guy and a top player.

Bassey again helped Rangers to victory on Saturday, against Dundee, and the club have now won all four of Van Bronckhorst’s games in charge.