Barry Ferguson has admitted that he loves the fact that Celtic star David Turnbull remains unfazed when he makes a mistake and believes he is going to become a top midfielder in the near future.

Celtic signed the midfielder from Motherwell last year and he has been gradually becoming one of the most important players in the Bhoys squad.

The 22-year-old has started all of Celtic’s 16 Premier League games and scored in their 3-0 win over Dundee United at the weekend. 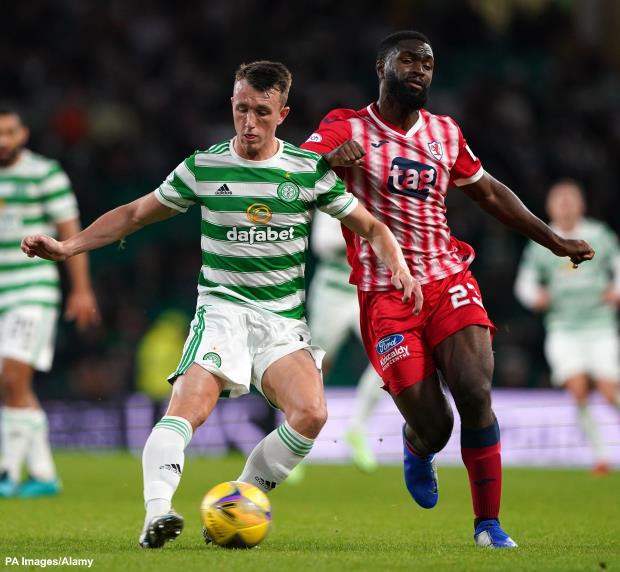 Ferguson admitted that it is clear why Celtic signed Turnbull last year and believes he has all the tools in his locker to become a top midfielder in the near future.

The former Scotland midfielder stressed that he loves the fact that the Celtic star can easily forget mistakes and get on with his game and also believes Turnbull’s game has gone up a level this season.

The former Scotland star said on the Go Radio Football Show: “I can see why Celtic came in and took him, I think he has everything to become a top midfielder.

“No doubt about it.

“What I like about David Turnbull when I watch him is if he gives the ball away, it will not affect him.

“He will go and get the ball again or try it.

“And if he continues like this, he is going to be a top midfielder.”

Turnbull is likely to remain a key player if Celtic are to overtake Rangers in the title race this season.