Former Sunderland star Stephen Elliott has admitted he would be surprised if the Black Cats do not recall Jack Diamond from his loan spell at Harrogate Town.

The winger joined Harrogate on a loan stint during the summer transfer window and has impressed with the League Two club; he was previously on loan at Harrogate in the 2019/20 campaign.

He clocked the full 90 minutes for Harrogate in their defeat against Forest Green Rovers on Tuesday night and is a key man at the Sulphuirtes. 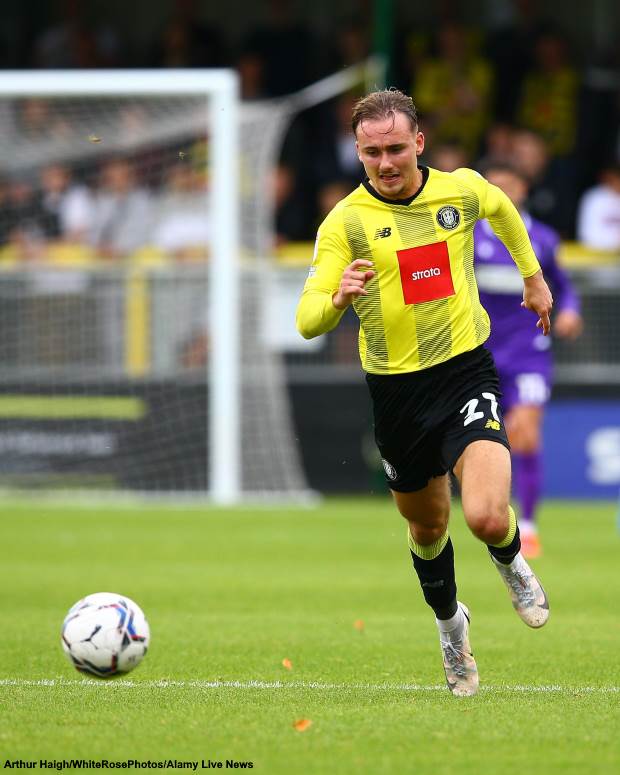 Sunderland though could bring Diamond back in January to help with their promotion push in League One and former Black Cat Elliott has admitted he will be surprised if they do not.

“I know Harrogate fans won’t thank me for this I believe he should be brought back as soon as possible as he can be a player who can have a positive impact on certain games moving forward”, Elliott wrote in his Sunderland Echo column.

“At times late on in matches, I feel his explosiveness can be a real thorn in opposition defences.

“Speed always puts fear into defenders and for that alone, I think Diamond should be an option.

“With the injuries in the squad, I would be surprised if we don’t see him back in red and white soon.

“Hopefully, he will be full of confidence when he does come back after a decent run of games with Harrogate.”

Harrogate sit ninth in the League Two standings and have their own promotion ambitions; losing Diamond mid-season would be a blow to the Yorkshire outfit.