Rangers legend Barry Ferguson has conceded that he is worried about a Premier League club snaring Joe Aribo away from Ibrox soon.

Aribo was instrumental for Rangers again at the weekend, scoring one goal and assisting another in their 3-0 win over Dundee.

The midfielder has started all of Rangers’ 16 Scottish Premiership games this season and five group games in the Europa League so far. 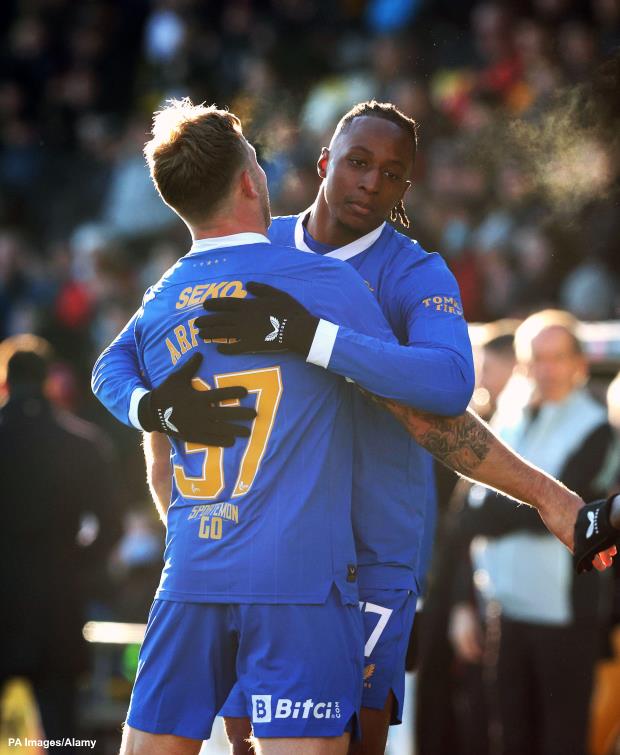 Ferguson is a massive fan of the 25-year-old midfielder and believes he is the best player at Rangers at the moment.

He feels the midfielder has outshone more heralded names in Alfredo Morelos and Ryan Kent at Rangers this season and conceded that he is worried that a Premier League club will soon come calling for Aribo.

The former Rangers captain believes he has everything managers would want in a modern midfielder and his goals have made him an even more valuable commodity.

Ferguson said on the Go Radio Football Show: “I thought he was really good for Rangers last year and I think he has gone up levels this season.

“He has been Rangers’ best player by a country mile, there is no doubt about it.

“Looking at Rangers and the Rangers support go on about Morelos, Kent and so on, and rightly so as they are big players for Rangers but for me, Joe Aribo is the outstanding player for Rangers.

“And I’d be worried that a club down in the English Premier League are going to be looking at Joe Aribo.

“He has got everything for a central midfielder.

“He has got pace, power, he can handle the ball and the most important thing is that he has added goals to his game and that would put a few 0s to his transfer fee.”

Aribo still has more than 18 months left on his current contract with Rangers and it remains to be seen if Steven Gerrard’s exit will affect his thinking.