Michael Ball has issued advice to Lucas Digne to push hard in training to get the basics right and get his head focused as his performances have been poor this season.

Digne has been a fixture under Rafael Benitez this season in the Premier League but has struggled with his form and is yet to make a direct attacking contribution.

It has emerged that the Frenchman has had a few disagreements with Benitez over his tactical set-up and it resulted in him losing his place in the starting eleven in Everton’s 2-1 win over Arsenal on Monday. 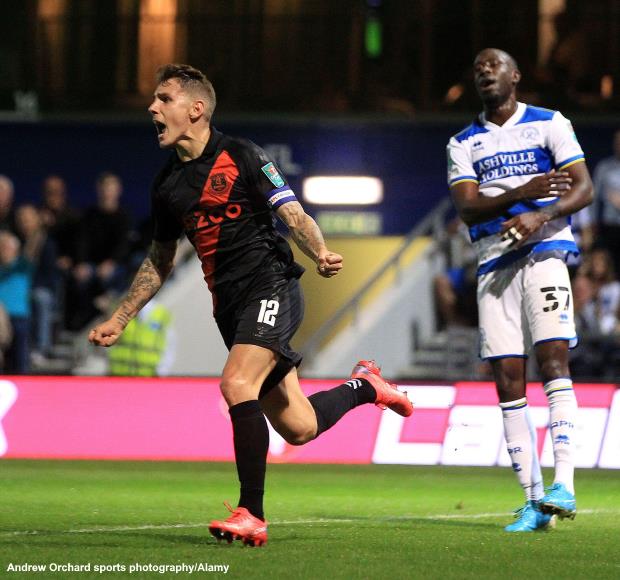 Former Everton defender Ball insists Digne has been below par this season and has suggested a lack of competition for the left-back spot has played a part in his struggles on the pitch.

Ball has advised Digne to work extra hard on the training pitch, get his basics right and get his head focused on getting back to his best.

“Digne needs to look at himself in the mirror”, Ball wrote in his Liverpool Echo column.

“Yes, he’ll be frustrated not being part of the squad but subconsciously maybe he’s been thinking that he hasn’t got any competition.

“You never go out there wanting to play badly but there’s nobody around to ensure he remains at that level.

“When he first came in, he had Leighton Baines there and he knew if he dropped his levels then Leighton would come into the side but with two left-backs departing in the summer he was perhaps left on easy street.

“Digne’s performances have been poor, they’ve been below par.

“He needs to get his confidence back through working hard in training, getting his head focused and getting back to basics.”

Everton are set to face Crystal Palace in the Premier League on Sunday and it remains to be seen whether Digne will return to Benitez’s starting eleven.