We Know We Can Hurt Chelsea, Leeds United Star Warns

Tyler Roberts has insisted that Leeds United’s Stamford Bridge trip last season showed that they can cause problems for teams of Chelsea’s quality.

An early Patrick Bamford goal gave Leeds a shock early lead at Stamford Bridge, but Olivier Giroud, Kurt Zouma and Christian Pulisic hit the back of the net to win the three points for Chelsea at Stamford Bridge last season.

Leeds came up short and Roberts conceded that that Chelsea game was an eye-opener for him about the kind of quality that exists in the top rung of the Premier League. 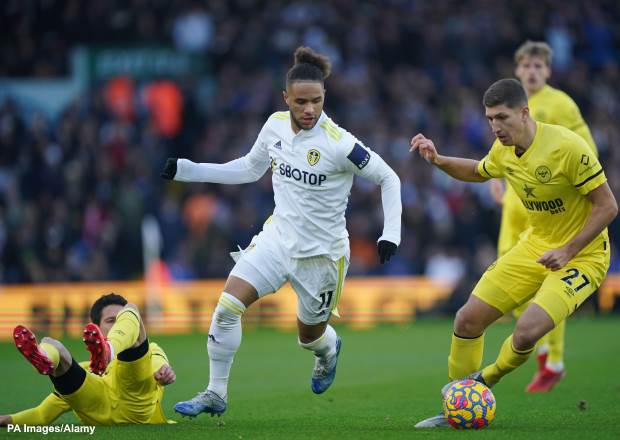 But he stressed that even in that game Leeds caused problems for Chelsea and feels that they showed that they can live with the top teams in the league.

He insisted that Leeds know that they can hurt any team in the league and have no fear ahead of their trip to Stamford Bridge on Saturday.

The Leeds forward said on the BBC West Yorkshire Sport: “That was a very difficult game.

“I was obviously watching it and realising that these teams have got real quality and can control games like we pretty much did in the Championship.

“But I remember, we started really well and Patrick scored early on.

“It was kind of like if we keep doing what we know we can do and the style that we bring, we can hurt these types of teams.

“It was also one of the positives to take out from the game that we were able to cause danger.

“Of course, as the match went on they started to control it.

“Now, we definitely know that we can hurt any team so we will be going there with no fear and play in the usual Leeds United way.”

Chelsea are coming into the Leeds game this weekend on the back of a league defeat West Ham and a draw at Zenit, which cost them top spot in their Champions League group.