Former Scotland winger Pat Nevin has insisted that if Celtic can hold on to Kyogo Furuhashi for more than a year, they have done brilliantly as the Hoops new boy’s stock continue to rise.

New Hoops boss Ange Postecoglou roped in last season’s J-League top scorer in the summer to lead the line at Parkhead, and he joined the club on a four-year deal.

The Japanese international is proving to be a superb addition to the Celtic squad, finding the back of the net 16 times in 25 outings across all competitions so far this season, including a brace against Hibernian in a 2-1 win in the Scottish League Cup final on Sunday. 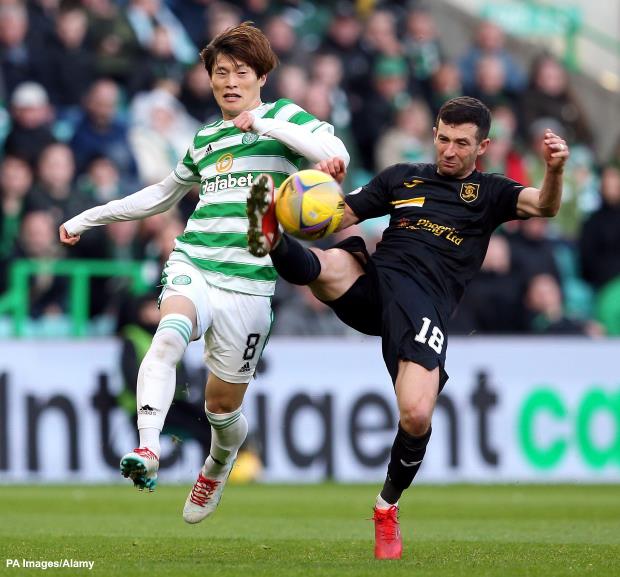 Former Scotland international Nevin is impressed with the way Furuhashi has started his Celtic career and hailed him for his movement in the final third.

The Japanese international has seen his stock rise in Europe since linking up with Postecoglou at Celtic and Nevin has insisted if the club can keep him for more than 12 months, they have done brilliantly for themselves.

“If Celtic keep him [Furuhashi] for more than a year or two, they are doing brilliantly”, Nevin told Off The Ball.

“And you get a bit carried away in these times and you think am I pushing it a little bit far here but you watched him against Hibernian and then the two goals that he has scored.

“He is one of these lads that turns up at the right time, a big player for big moments.

“His movement is absolutely phenomenal.

“So, he is a good striker that they have brought in.”

Hoops fans will be hoping Furuhashi will continue to produce the fireworks up front for Celtic for the remainder of the season as they battle it out at the top of the table with Rangers for the Scottish Premiership title.