Sampdoria could agree to let centre-back Omar Colley leave the club in January for an offer in the €10m range, amidst interest from Everton and Leeds United.

Colley was linked with leaving Sampdoria in the last transfer window with Premier League clubs claimed to be interested in his services but no move materialised.

The centre-back could still leave the Genoa outfit this season as English top flight sides Everton and Leeds are claimed to be among the clubs evaluating the possibility of signing him in January. 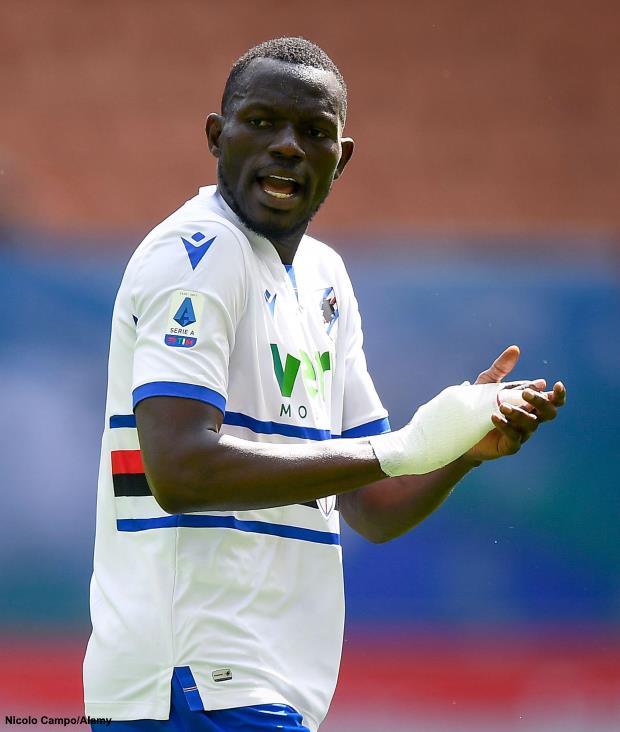 Both Everton and Leeds have had to deal with injury issues in centre-back department this season and could opt to bolster that position in the upcoming window.

And according to Genoa based daily Il Secolo XIX, Sampdoria are open to letting the Gambian leave the club next month for the right price.

I Blucerchiati are looking for a fee in the €10m range for the centre-back amidst growing interest in services.

As it stands Colley is set to feature for his country in the upcoming Africa Cup of Nations, but that is not thought to be a concern in any potential deal.

It remains to be seen whether the likes of Everton or Leeds act upon their interest and try to snare the defender away from Sampdoria next month.