Former Celtic star Kundai Benyu is of the view that Hoops skipper Callum McGregor posses all the qualities that make a top midfielder.

Benyu had a tough spell on the books at Celtic and struggled to break into then boss Brendan Rodgers’ first team squad before ultimately leaving the club in October 2020 for English side Wealdstone.

However, during his spell at Parkhead, Benyu was able to forge good relationships with a number of his team-mates, including the likes of Nir Bitton and McGregor. 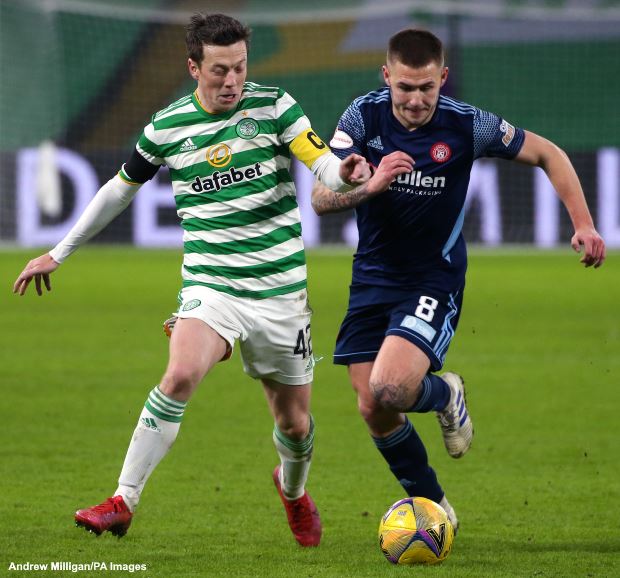 And the 24-year-old insists McGregor possesses all the abilities that the best midfielders in Europe at the top of their craft have.

Benyu hailed the Hoops skipper as a top player and stressed he is a great person off the field as well.

“I actually had a good relationship with everyone”, Benyu told Football Scotland.

“But I got on really, really well with Nir [Bitton], Griff [Leigh Griffiths] and Odsonne [Edouard].

“Callum McGregor has every ability a top centre-midfielder in Europe has.

Benyu is currently plying his trade at Iceland second tier side Vestri, while McGregor recently lifted his first trophy as Celtic captain as they triumphed in the Scottish League Cup.