Manchester City have named their team to go up against Arsenal in an away Premier League encounter this afternoon.

Pep Guardiola’s side are starting to build a commanding lead at the top of the league table and boast an eight-point advantage over Chelsea and a nine-point lead over Liverpool, though the Reds have a game in hand. 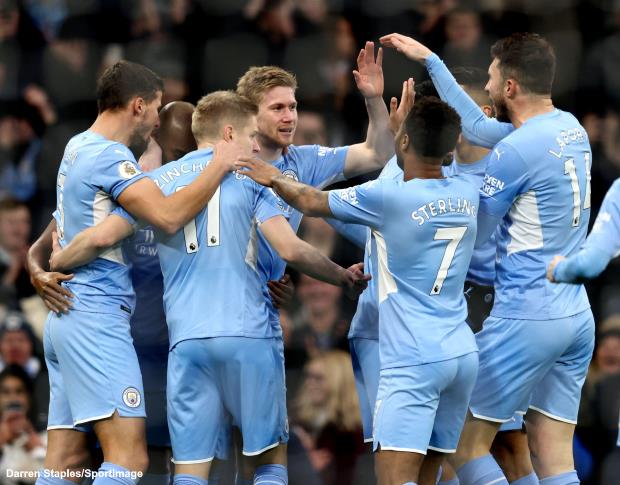 The Citizens will start as firm favourites to grab all three points here, with a fine recent record against Arsenal and when the two teams met earlier this term at the Etihad, the Gunners were thrashed 5-0.

However, Arsenal have won their last four league games in a row and have not lost at home since August.

Ederson lines up in goal for Manchester City today, while at the back Guardiola goes with Joao Cancelo and Nathan Ake as full-backs, with Ruben Dias and Aymeric Laporte in the centre.

Further up the pitch Manchester City have Rodrigo in midfield, with Kevin De Bruyne, while Bernardo Silva and Riyad Mahrez support Gabriel Jesus.

Guardiola has options on the bench if he wants to shake things up, including Jack Grealish and Kyle Walker.