Borussia Dortmund have scheduled a meeting with the camp of Manchester United and Manchester City target Erling Haaland next week.

Haaland is the most wanted forward in Europe at the moment with some of the biggest clubs desperate to sign him next summer.

He has a €75m buy-out clause in his Dortmund contract and Manchester City, Manchester United, Real Madrid, Barcelona and Paris Saint-Germain are interested in signing him. 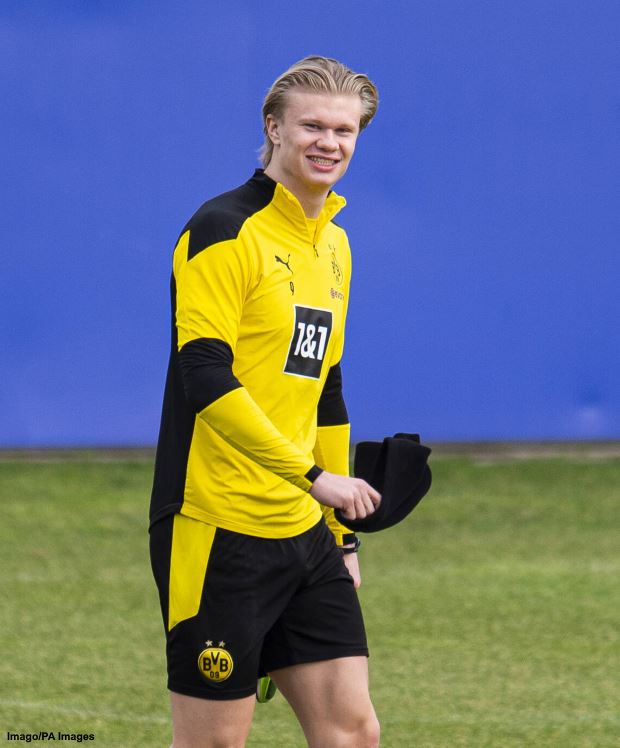 Dortmund are aware that they could lose Haaland in the summer but are making an attempt to convince the Norwegian to sign a new contract with the club.

And according to German daily Bild, the German club are scheduled to meet Mino Raiola and Haaland’s father, Alf-Inge, next week to discuss his future.

Dortmund are prepared to make him the highest-paid player at the club by offering him a contract worth €20m per season.

BVB are pushing to keep him but are also acutely aware of the need to identify a replacement should he leave.

The Bundesliga giants want Haaland to make up his mind about his future by the end of February.

Dortmund want enough time on their hands to seek and identify a proper replacement for the Norwegian.