Bayern Munich have been in touch with Mino Raiola to register their interest in Manchester City and Manchester United target Erling Haaland but a move depends on Robert Lewandowski’s future in Bavaria.

Haaland is the most wanted striker in Europe at the moment with all the major European clubs wanting to sign him next summer.

Manchester City, Manchester United, Real Madrid and Barcelona are interested in getting their hands on Haaland at the end of the season. 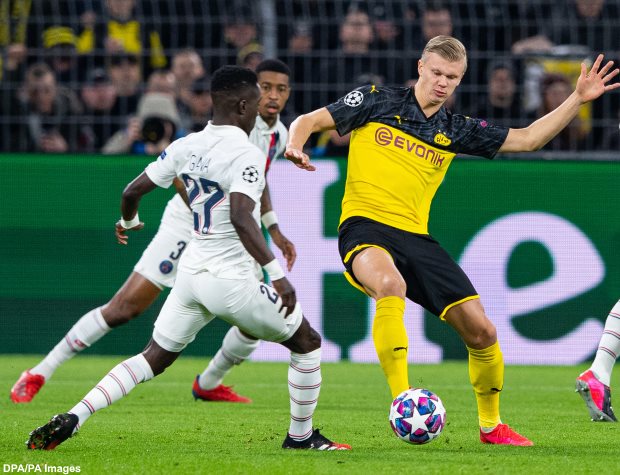 A €75m release clause in his contract makes Dortmund powerless if he wants to leave and it has been claimed that there is a chance that the Norwegian could end up at their biggest domestic rivals as well.

According to German magazine Sport Bild, Bayern Munich have touched base with Raiola and expressed their interest in signing Haaland.

The German champions snared Lewandowski away from Dortmund in 2014 in a major coup.

And now they have their eyes on Haaland, who is expected to take a call on his future at Dortmund by the end of February.

But the German giants are also in talks with Lewandowski over a new deal and that is linked to their interest in Haaland.

If the Pole agrees to extend his contract, the Bavarians will not try to sign the Norwegian in the summer.