Leeds United defender Robin Koch has claimed that Raphinha has not made any enquiries to him about the Bundesliga, with talk of Bayern Munich wanting to sign him.

The 25-year-old winger was recently heavily linked with a move to Bayern Munich with talk of the German champions wanting to sign him this month for a fee of €55m.

Those suggestions were played down, although Bayern Munich are aware of Raphinha and the stunning impact he has had at Elland Road since joining the club. 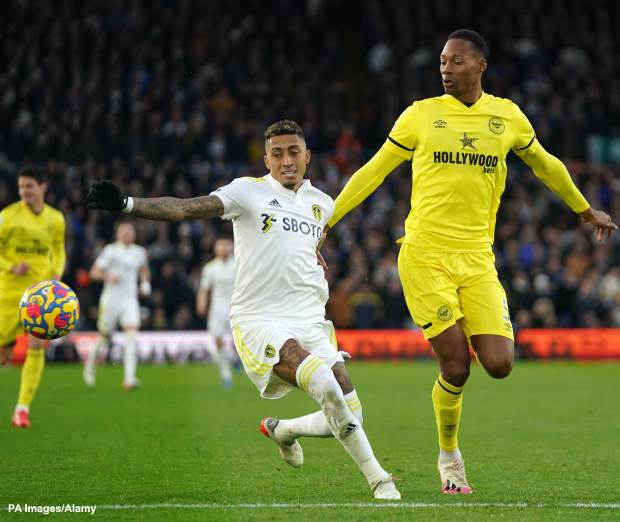 Leeds are in talks with Raphinha over a new contract and want to hold on to him for a while longer despite interest from big clubs in England and in Europe.

And in a boost for the Whites, Koch claimed that despite all the noise Raphinha has not spoken to him about Germany or Bundesliga.

He is hopeful that the Brazilian will continue at Leeds for the long term despite all the speculation.

“I am happy that he didn‘t ask me about Bundesliga”, the defender told German magazine Sport Bild when asked about Raphinha.

“So I hope he will stay at Leeds.”

Raphinha’s current deal expires in 2024 but Leeds are looking to further extend his contract to protect his value.