Juventus are prepared to offer a lucrative contract to Arsenal target Dusan Vlahovic to tempt him into leaving Fiorentina in the ongoing transfer window.

Vlahovic’s future has been under the scanner since he rejected an offer to sign a new deal with Fiorentina towards the end of last year.

There has been an expectation that he could leave the Italian club in the summer after another brilliant season where he has already scored 17 times in Serie A. 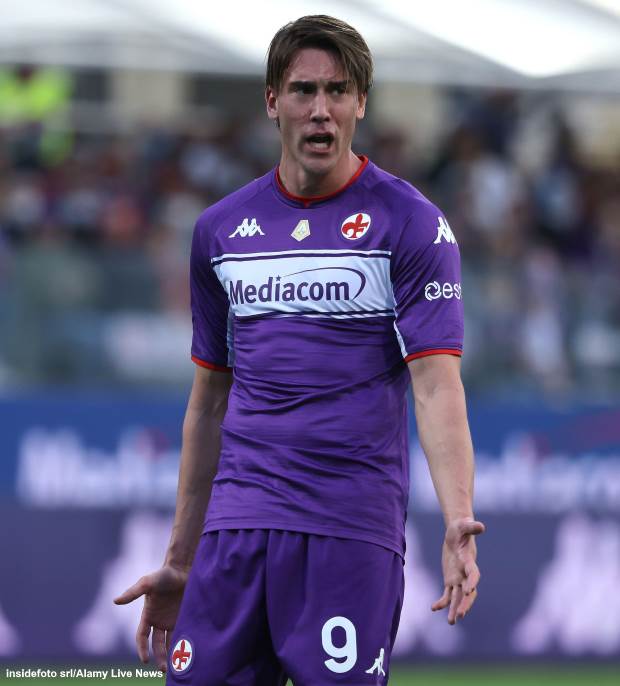 But Arsenal are pushing to land him in this month’s transfer window, feeling it may be their best chance to land him, and are said to have offered a fee of €70m for Vlahovic to move the Emirates.

Vlahovic is still not warming up to the idea of joining and is keener on a transfer in the summer, but according to Italian daily Gazzetta dello Sport, Juventus are now pushing to sign him this month.

They have already reportedly tabled a bid of €35m and the card of Dejan Kulusevski and they are now working on convincing the player.

The Italian giants are prepared to offer him a lucrative contract worth €7m per season to take him to Turin.

The negotiations with Fiorentina are running in parallel, but Juventus are focused on working out an agreement with the player first.

Vlahovic has been more inclined towards a summer move but pressure from Juventus could change his mind in the coming days.