Dutch club PSV Eindhoven are not keen to pay Liverpool’s asking price for the Reds’ centre-back Nathaniel Phillips and are looking at other options.

Phillips shone for the Reds last season but has struggled for game-time this term as he has found it hard forcing his way past Virgil van Dijk, Joel Matip, Ibrahima Konate and Joe Gomez.

The Reds are open to letting the player go this month and fellow Premier League clubs Newcastle United, West Ham United, Watford and Aston Vila have been linked with the centre-back. 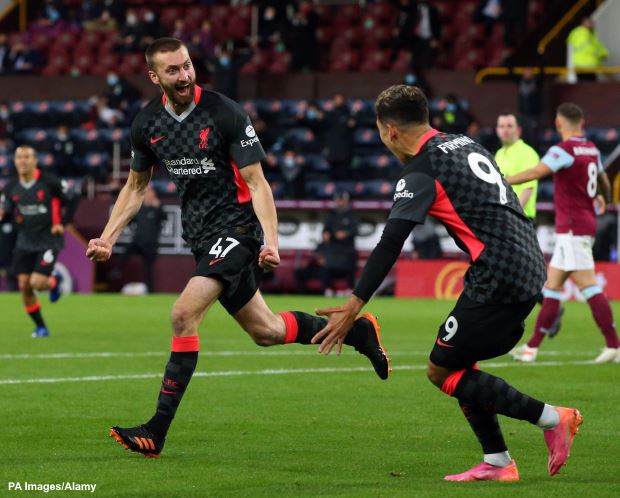 Liverpool have already rejected two offers for the centre-back, with one coming from Watford, and it is suggested they want €12m.

PSV Eindhoven have an interest in the player as they would like to strengthen their backline in their title challenge going forward.

However, the Dutch club are put off by Liverpool’s asking price and are not willing to shell out that amount, according to Dutch daily the Eindhovens Dagblad.

If the Reds become open to letting the player go out on loan, the Eredivisie club will renew their interest, but under the present circumstances they are not prepared to acquiesce to Liverpool’s demands.

As such they have turned their focus to other options.

The Dutch club are currently first in the Eredivisie table and facing injury woes in the defensive department, would like to sign a defender, but Phillips’ price makes any move unlikely for now.