He Proved Me Wrong – Celtic Legend On Doubting Bhoys Player

Chris Sutton is of the view that Celtic shot-stopper Joe Hart has proved his doubters wrong this season, including himself, as he has been in top form throughout the campaign.

Hart arrived at Parkhead last summer on a three-year contract from Premier League club Tottenham Hotspur, where he was largely a fringe player.

The shot-stopper has had a stellar campaign in Hoops colours this season, having already kept 18 clean sheets in the Scottish Premiership, as they close in on the title. 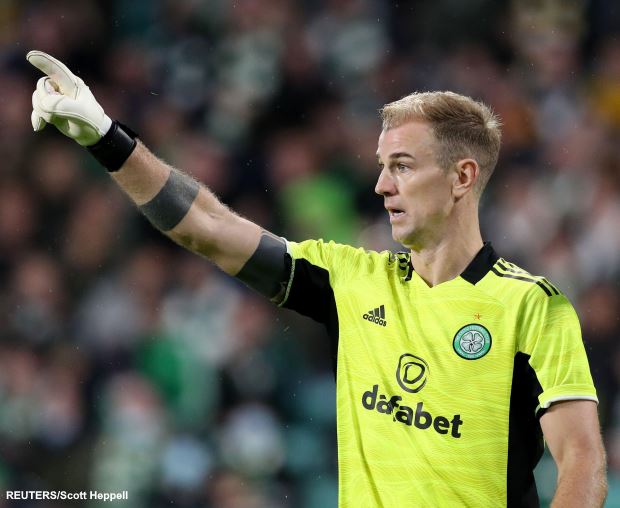 Many, including Sutton, felt that the 35-year-old’s best days were behind him when Celtic snapped him up, but the Hoops legend admitted that the shot-stopper has proved all his doubters wrong.

Sutton stressed that Hart has been able to reach his best form for Celtic this season, with the likes of centre-back Cameron Carter-Vickers shielding him.

“Joe Hart has proven many wrong, including myself”, Sutton wrote in his Daily Record column.

“I wasn’t sure he could hit the heights again, but he has done so in style and is in a different league to the likes of Vasilis Barkas, Scott Bain and Conor Hazard, who were the previous custodians.

“But Carter-Vickers has been a shield in front of him.

“He has always been available to his manager.

“He has rarely missed a match and that robust nature is vitally important for a centre-back.”

Celtic are gearing up to host Hearts in the league at the weekend and fans will be hoping Hart can add one more clean sheet to his tally and help his team to another win.