Rangers boss Giovanni van Bronckhorst has admitted that it would be nice to pit his wits against fellow Dutchman Phillip Cocu again if he becomes the next Hibernian manager.

Cocu has been out of work since leaving Derby in November 2020 and has been linked with a job in Scotland.

Hibernian are in the market for a new manager and the Dutchman is one of the many names who are being considered as an option by the Scottish club at the moment. 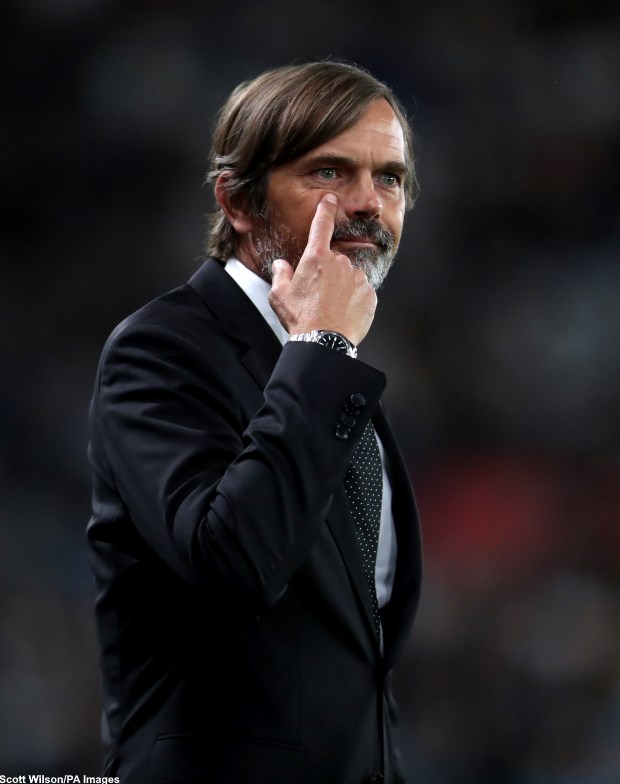 Van Bronckhorst played alongside Cocu for the Netherlands and Barcelona and admitted that he had some great memories with him.

He is keen to see his compatriot back in management as soon as possible and insisted that he would be happy to see him in Scotland if he becomes the next Hibernian manager.

The Rangers boss told Dutch broadcaster Ziggo Sport: “I would like to compete with Phillip again.

“It was of course a while ago but we have been through so much together. Phillip was the one who always sent a text, I really appreciate that.

“We had good times as players, as colleagues and were allowed to compete against each other in the Netherlands.

“I would nice to see Phillip back at work and if it is in Scotland it would be great.

“But I think Phillip has always been the man with the right choices, so he will choose based on his feeling.”

Van Bronckhorst is now focused on preparing his team for the Europa League final in Seville later this month.