West Ham United and Newcastle United target Konstantinos Mavropanos has admitted that he would like to get another chance to play in the Premier League again.

The Greek defender has been on loan at Stuttgart from Arsenal since 2020 and the German club have an option to buy him for a fee of €3m this summer.

Stuttgart are yet to indicate whether they are planning to take up the option, but the expectation is that the German club will pay the fee and get him signed up on a permanent deal. 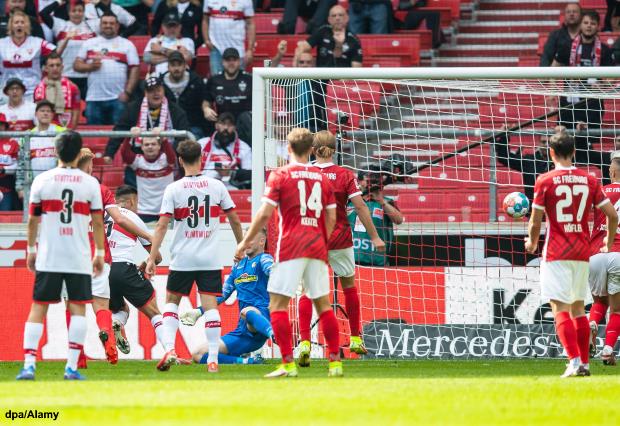 Mavropanos stressed that for the moment he is just waiting for the German club to take up the option to sign him.

He told German daily Bild: “Stuttgart have the option to sign me, if they do that then I am a VfB player.

“That’s all there is to say about it at the moment.”

There are suggestions that Stuttgart are considering selling him on for a big profit after they take up the option on the Arsenal defender.

West Ham and Newcastle are interested in signing the defender, who is valued at €25m by Stuttgart.

And Mavropanos admitted that playing in the Premier League once more is an opportunity he would welcome, in words that could be encouraging for the Hammers and the Magpies.

“[I] would like to play in the Premier League again at some point”, he added.