Jesse March has admitted that he would hate to see some of his current charges leaving Leeds United in the summer but stressed he is aware that staying in the Premier League gives the club the best chance of keeping their top stars.

The Whites are currently toiling down in the drop zone and their fate is out of their hands with one game left to play as they need relegation rivals Burnley to slip up.

In addition to the huge financial implications that come with relegation, Leeds are likely to also see a number of key players leaving the club if they slip down to the Championship, with the likes of Raphinha and Kalvin Phillips linked with summer exits. 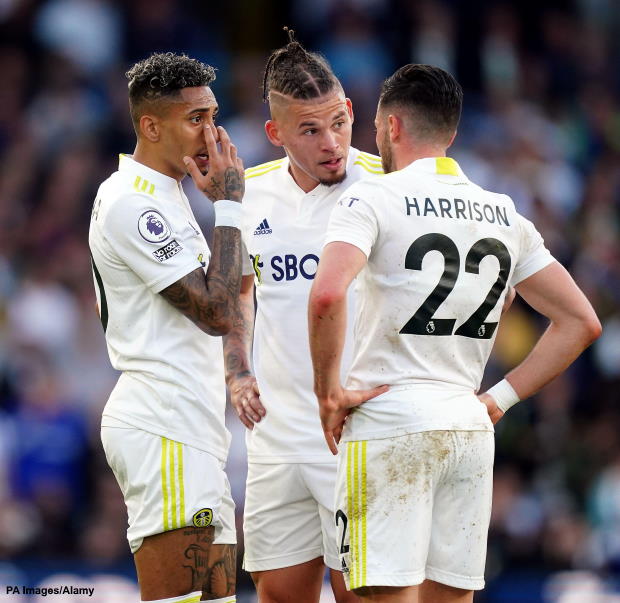 Whites boss Marsch has admitted he would hate to see his club losing some of their key players in the summer as he sees great potential in where he could take the team if the core of the squad remains intact.

However, Marsch stressed that he is aware that to give Leeds the best chances of keeping their top players, they must stay afloat in the top flight this season.

“I haven’t gone through player by player exactly what the consequences could be but I’m very aware, the best chance for us to keep the core of the group together is to stay in the league”, Marsch told a press conference while discussing the possibility of some players moving on.

“I would hate to see some of the guys go.

“I’ve made a real connection and there’s big potential of what we could become.

“That’s a big part of my personal motivation, to continue my relationships here.”

Leeds will travel to the capital on Sunday to take on Brentford in their final game, while Burnley will host Newcastle United on the same day.