Barcelona director of football Mateu Alemany is travelling to Leeds next week to renew discussions over Raphinha, with an appointment booked in to see the Yorkshire giants.

The Leeds star is of strong interest to Barcelona and it is claimed he is keen to make the move to the Camp Nou in the approaching summer transfer window.

Barcelona were eyeing being able to activate a €25m release clause in the event of Leeds being relegated, but the Whites’ survival has made their task tougher. 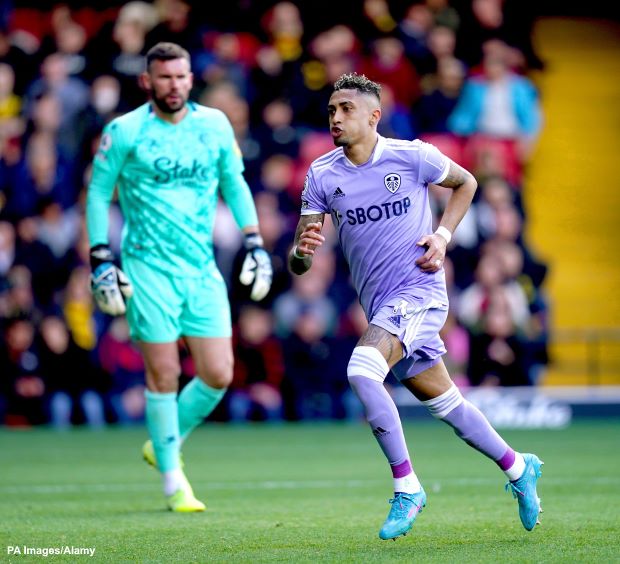 It has been suggested Leeds now want close to €70m for Raphinha, which Barcelona may struggle to afford, but the Catalans are picking up efforts to land the winger.

Alemany is travelling to Leeds early next week and has a meeting with the Whites booked in, according to Catalan daily SPORT.

It is believed that Barcelona waiting for the Whites’ relegation fight to play out did not sit well with the Leeds hierarchy and Alemany might have to repair damage done in their meeting next week.

The Catalan club are not willing to pay the asking price slapped by Leeds on Raphinha and Barcelona will be hoping that the meeting next week is constructive in getting the Whites to reduce it.

Deco, Raphinha’s agent, has stepped aside for now and is leaving the two clubs to hold talks directly.

Raphinha was a crucial part of the Whites team last season, as he started 34 Premier League matches and scored eleven goals.