Napoli Touch Base With Agent Of Tottenham Hotspur Target

Napoli have touched base with Gleison Bremer’s agent over a potential move for the Tottenham Hotspur target, it has been claimed in Italy.

Spurs boss Antonio Conte is keen on bolstering his backline this summer and is looking to sign two new centre-backs to equip his squad for the Champions League.

Tottenham have a number of centre-half targets on their transfer radar, including Torino star Bremer. 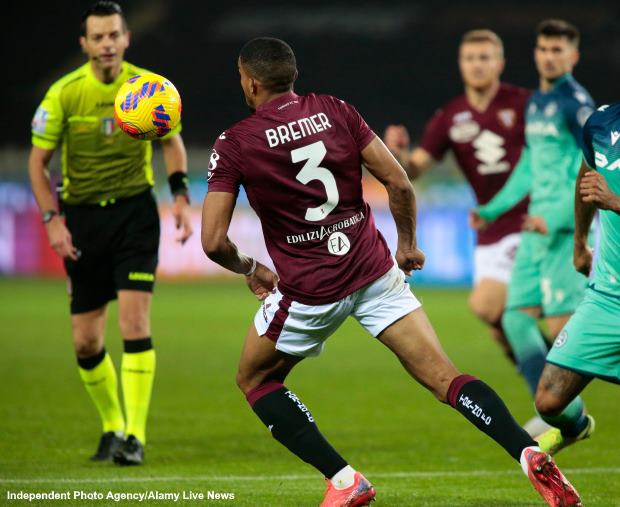 The Brazilian is heavily linked with leaving the Turin outfit in the ongoing window and is not short of suitors at present, with the likes of Serie A giants Napoli and AC Milan linked with interest, along with Spurs.

Napoli could see their defender Kalidou Koulibaly leave the club this summer, and they have identified Bremer as a potential replacement.

And according to RAI Sport’s Ciro Venerato, the Gli Azzurri have made contact with Bremer’s agent Paolo Busardo over a potential summer move to Naples.

However, Tottenham want to snap up Bremer and they are set to hold a meeting with the Torino hierarchy next week over a deal for him.

All eyes will be on where Bremer ends up playing next season, should he leave Torino this summer, with a host of top clubs in Europe interested in acquiring his services.