Leeds United Star Not Priority Target For Club Despite Interest

Raphinha is not a priority option for Tottenham Hotspur despite their interest in the Leeds United winger, according to The Athletic.

Raphinha has not directly asked for a transfer yet, but Leeds are aware that he wants to move on this summer.

Barcelona have agreed on personal terms with the player’s camp but are yet to come up with an offer that would compel Leeds to sell him. 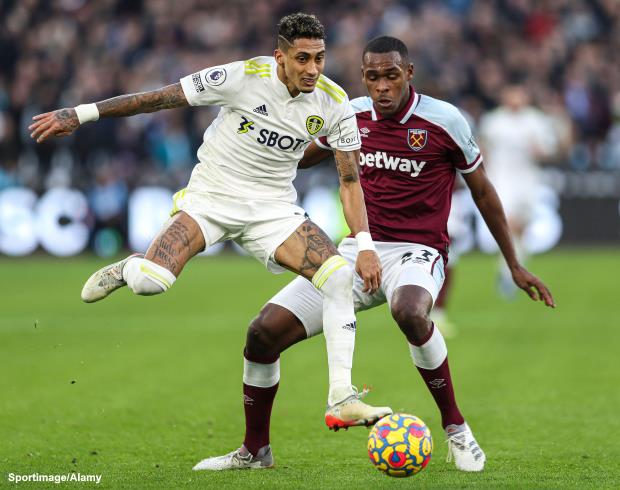 Arsenal have a serious interest in him but their first offer is being rejected by Leeds for being well below their expectations.

Tottenham are reportedly preparing a bid worth £60m but it has been claimed that he is not a priority target for Spurs.

The north London club hold an interest in him, however they would prefer to sign another player over Raphinha at the moment.

A move for him is only likely to materialise if Tottenham fail to land their top target this summer.

The Brazilian is no longer expected to sign a new contract with Leeds, which was a real possibility midway through last season.

Chelsea have an interest in him as well and after Barcelona, he would prefer to join the Blues due to their Champions League involvement.