Manchester United are tipped to try and sign West Ham United star Declan Rice next summer if they get back into the Champions League, according to the Manchester Evening News.

Rice was initially seen as a target for Manchester United this year, but West Ham’s £150m valuation of the player scared away most of his suitors.

The Premier League giants were not interested in paying such a figure for any player and Rice is now expected to stay at West Ham. 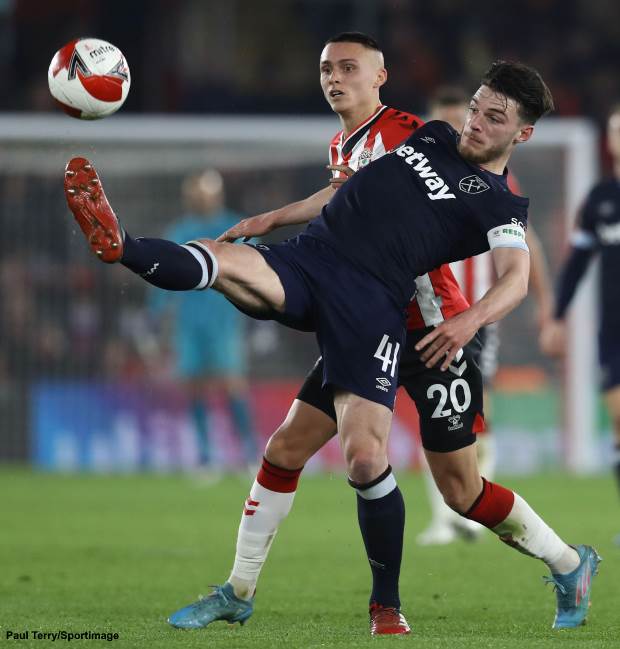 The midfielder is open to a move and has rejected offers of a new deal from West Ham, however the Hammers have likely priced him out of a transfer this summer.

But it has been claimed that Rice is likely to be a target for the Red Devils next year if they are back in the Champions League.

The England star is widely admired at Old Trafford and they remain keen to snare him away from West Ham.

Manchester United are hopeful that new manager Erik ten Hag will get them back into the top four next season with the help of key additions to their squad.

The club want to be in prime position next summer if Rice decides to push for a move away from the London Stadium.