Atletico Madrid coach Diego Simeone is determined not to sell Yannick Carrasco despite clubs including Tottenham Hotspur having enquired about him.

Carrasco has been an integral part of Simeone’s squad ever since his return to the club in January of 2020 and the Belgian star helped them win La Liga in the 2020/21 season.

Last season he made 44 appearances in all competitions and scored six goals in addition to providing seven assists. 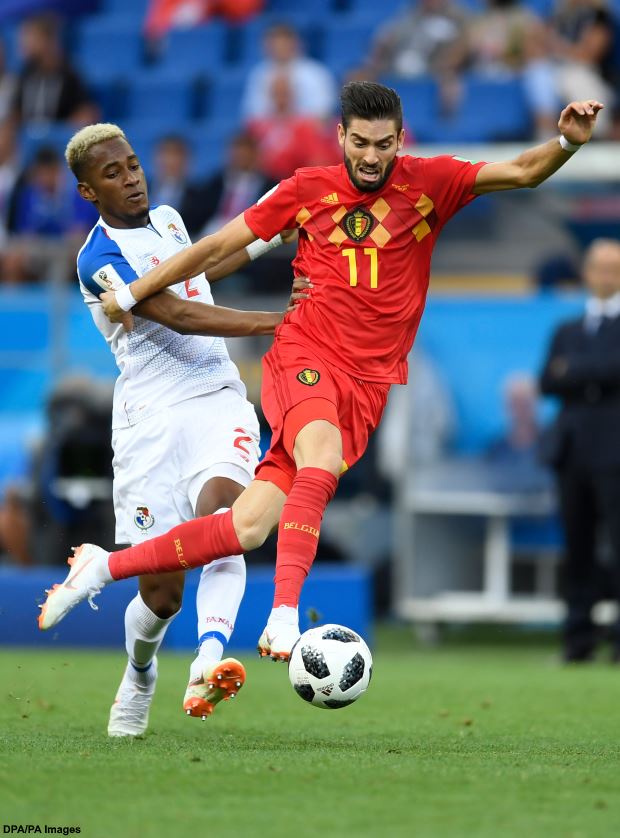 He is attracting interest during the ongoing transfer window, but Atletico Madrid are not keen to let him go.

Colchoneros boss Simeone is determined to not lose the Belgian this summer and has asked the club to not listen to any proposals, according to Spanish daily AS.

It is claimed that Simeone’s request comes hot on the heels of Tottenham having made an enquiry.

Manchester United and Chelsea are also suggested to have asked about Carrasco.

The Belgian has a release clause in his contract, of €60m, and his contract with the Spanish giants runs until the summer of 2024.

However, the club and Carrasco could be set for new talks as it is claimed that the player’s camp feels he deserves a better one.