He Is Relaxed, Communicates Clearly – Everton Star On Frank Lampard

Everton midfielder Abdoulaye Doucoure has insisted that Frank Lampard’s ability to communicate his decisions clearly has been refreshing for him to experience.

Lampard took charge of the club in the second half of last season and managed to keep Everton from being relegated to the Championship.

There are question marks over his long-term future at Goodison Park given Everton’s poor pre-season performances and their lack of activity in the transfer market. 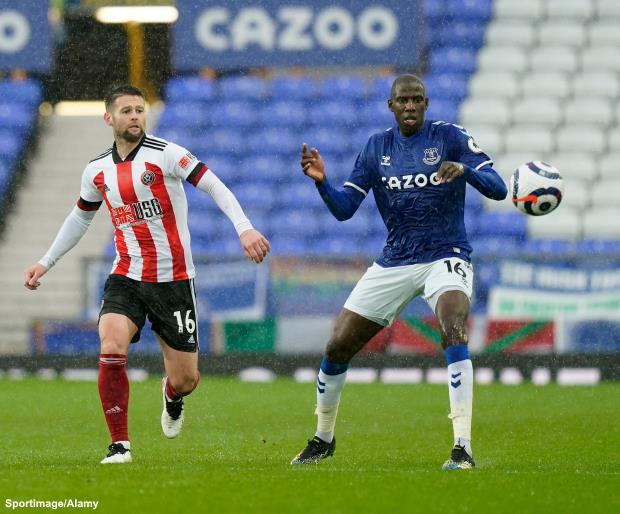 But Doucoure is a big admirer of his manager and stressed that he has managed to relax the dressing room since his arrival.

He insisted that even if Lampard puts someone on the bench he makes it clear why he is not playing and he is clear that it helped him last season when he missed games.

“He is a very relaxed manager. He never shouts and he explains everything well”, Doucoure told The Athletic.

“Even when you are on the bench or not playing, he explains why you are not playing and what you have to do, so he is very honest.

“I had one or two games when I was on the bench and I spoke to him and he said, ‘I have done this for this reason’, and I was really happy with that approach.

“I’d played three games on the bounce in one week so I was a bit tired; my performance was not so good, so obviously he changed, and the team won.

“It was against Manchester United and the team won so [that same team then] started the next game.

“For me, it was a moment to be on the bench. I was not surprised.

“After that, he picked me against Liverpool and was happy with my performance, so I regained my place.”

Lampard has his work cut out as he looks to avoid a season like the last with Everton and tries to keep them away from a relegation battle in the 2022/23 campaign.