Standard Liege have Mikey Johnston on their transfer radar but are yet to make any concrete move for the Celtic star.

The 23-year-old has risen through the ranks at Parkhead but his progress at first team level has been interrupted owing to injuries.

Celtic boss Ange Postecoglou does not see Johnston as one of his preferred options up front as he competes with the likes Of Jota, Daizen Maeda, Liel Abada and James Forrest for game time. 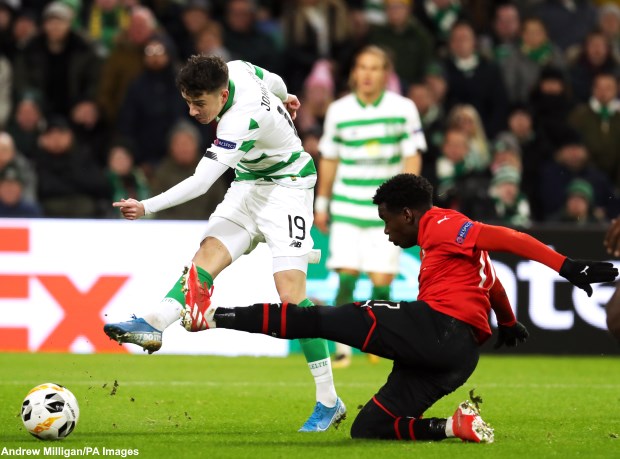 Johnston has been drawing admiring glances from a host of clubs in the ongoing window, including Belgian outlift Standard Liege.

It has been claimed that Johnston is set to join Ronny Deila’s side with Postecoglou ready to sanction his loan exit.

However, according to Belgian daily Het Belang van Limburg, Standard Liege are yet to make any concrete moves to take Johnston away from Glasgow.

The 23-year-old is one of the players Standard Liege are considering as a potential attacking target, but they are yet to act upon their interest.

Johnston is unlikely to earn regular game time if he remains at Celtic Park and it remains to be seen whether Standard Liege will provide him with a pathway out of there this summer.