I Hope – Leipzig Star Wants Timo Werner Back At Club

RB Leipzig star Yussuf Poulsen has expressed his wish to see Chelsea striker Timo Werner back at the club to rekindle their striking partnership.

Werner was considered one of the best strikers in the Bundesliga during his time with RB Leipzig but has struggled to earn the same billing with Chelsea in the Premier League.

In the 2019/20 season, his last with RB Leipzig, Werner scored 28 league goals but he has not hit double digits with Chelsea in both of his English campaigns and the German club are interested in taking him back. 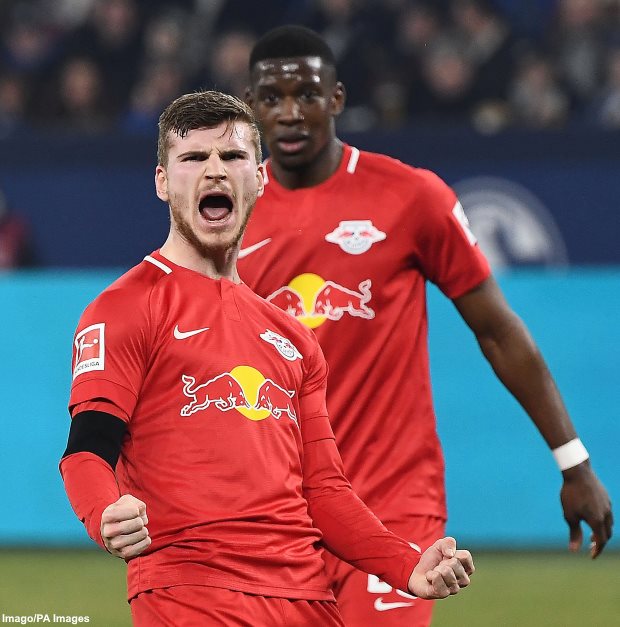 The transfer has the approval of Poulsen, who would be delighted to have Werner back at the Red Bull Arena.

Poulsen explained that Werner can help RB Leipzig reach the next level and also spelled out his desire to again strike up a partnership with the Chelsea star up front.

“I hope he is coming back, he is a good player”, Poulsen said in a press conference, when asked about Werner.

“We are a team that are trying to take the next step and develop into one of the biggest clubs in Europe.

“You need quality players for that.

“We formed a good partnership in the past.”

While RB Leipzig are keen on taking Werner back, they face competition from Juventus and Newcastle United, who are both credited with an interest in him.