Chelsea are paying Brighton a fee of £52.5m to sign Marc Cucurella, according to the Guardian, as they close in on signing him.

Manchester City were keen to snap up Cucurella, but could not agree a fee with Brighton, having refused to meet the Seagulls’ valuation.

Chelsea have stolen in and thrashed out an agreement with Brighton, with Cucurella now on the brink of a move to Stamford Bridge. 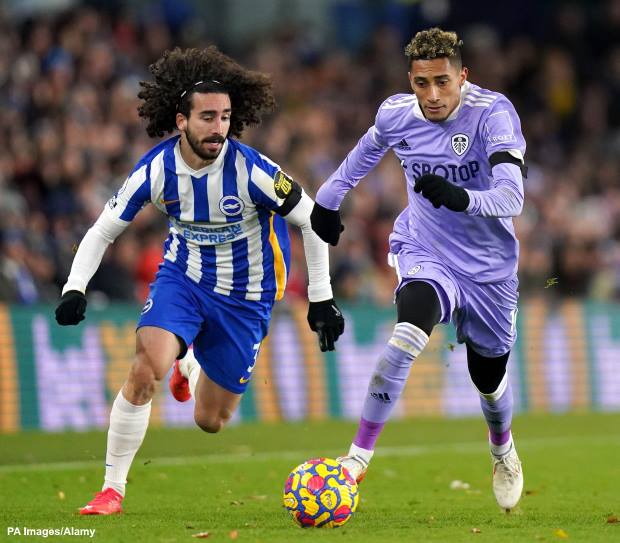 It has emerged that Chelsea are to pay Brighton a fee of £52.5m for the Spanish defender.

Cucurella is expected to put pen to paper to a long-term deal at Stamford Bridge as he adds to Thomas Tuchel’s defensive options.

Brighton are also expected to snap up Levi Colwill on a permanent basis from Chelsea, but he will not be included in the Cucurella deal.

Talks are taking place as the Seagulls try to finalise an agreement for Colwill.

Colwill spent last season on loan at Huddersfield Town, clocking a total of 32 appearances for the Terriers and making an impression.