Club Tell Manchester City They Will Bid For Citizens Star

Barcelona have assured Manchester City they will make a bid for attacking midfielder Bernardo Silva before the end of the transfer window this summer, according to CBS Sports.

Silva is contracted to remain with the Citizens until the summer of 2025, but has been linked with a possible switch to Barcelona in the ongoing window.

The 27-year-old is a favourite of Blaugrana coach Xavi Hernandez and the Catalan club’s president Joan Laporta. 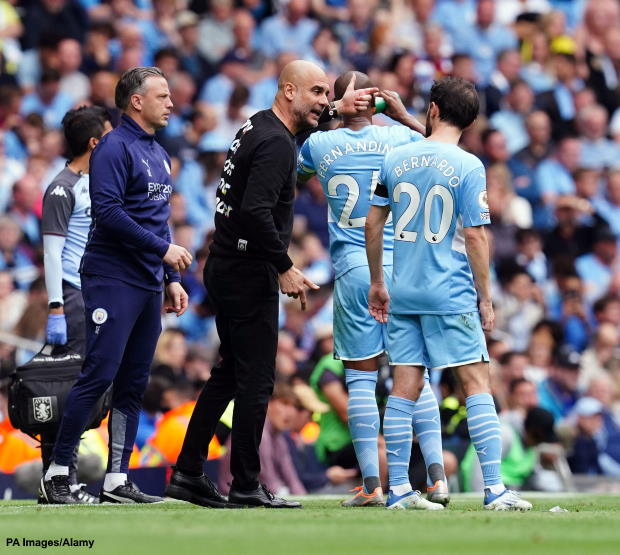 Before making any move for Silva, Barcelona would likely have to find a new home for Netherlands international Frenkie de Jong.

The Dutchman has shown no sign of being close to a move, but Barcelona have assured Manchester City that they will bid for Silva before the window closes.

The Portugal international’s versatility is one of the qualities that the Blaugrana find attractive, with Silva having played in attacking and central midfield, on the right wing and as a false nine under Pep Guardiola.

Silva made 50 appearances in all competitions for the Citizens during the 2021/22 season, scoring 13 goals and laying on seven assists.

The Citizens will open their defence of the Premier League title, having won the last two, away at West Ham United on Sunday.